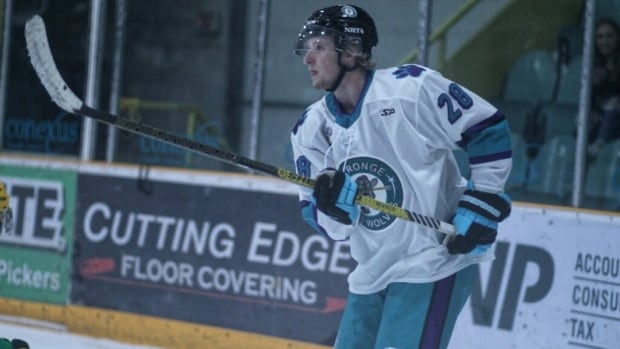 For the first time since February, games in the Saskatchewan Junior Hockey League are being postponed because of illness.

The La Ronge Ice Wolves and Weyburn Red Wings have postponed games this week after playing each other twice in La Ronge last weekend.

The Red Wings were supposed to play the Notre Dame Hounds in Wilcox on Tuesday until that game was postponed.

Elsewhere, the Ice Wolves postponed three games this week, two in the Battlefords and one in Humboldt.

League spokesperson Jeromy Corrigan says in the case of Weyburn, more than half of the team has come down with a strain of influenza that is pervasive in the province.

“There would have been no way that they would have had enough affiliate players [call-ups] to potentially fill a roster,” he said.

The league also wants to be cautious and make sure its players are healthy and safe, Corrigan added.

“At this time, there is no word of any other team in the Saskatchewan Junior Hockey League affected by this kind of superspreader influenza going around the province right now,” he said.

In a statement posted Thursday on the league’s website, SJHL commissioner Kyle McIntrye said games this coming weekend involving La Ronge and Weyburn have been cancelled to prevent the spread of the influenza virus throughout the league.

“In the SJHL bylaws, there is a provision for teams to continue to play when there are 14 players available (including goalies and affiliates) and I am confident if either team had this number of players healthy the games would have gone on,” McIntyre said.

Ice Wolves head coach and general manager Kevin Kaminski — who is sick himself — said he’s missing six players due to injury and another eight due to illness.

“It just seems like it’s going around the whole team, and I just don’t think there was any way to play the game with 10…