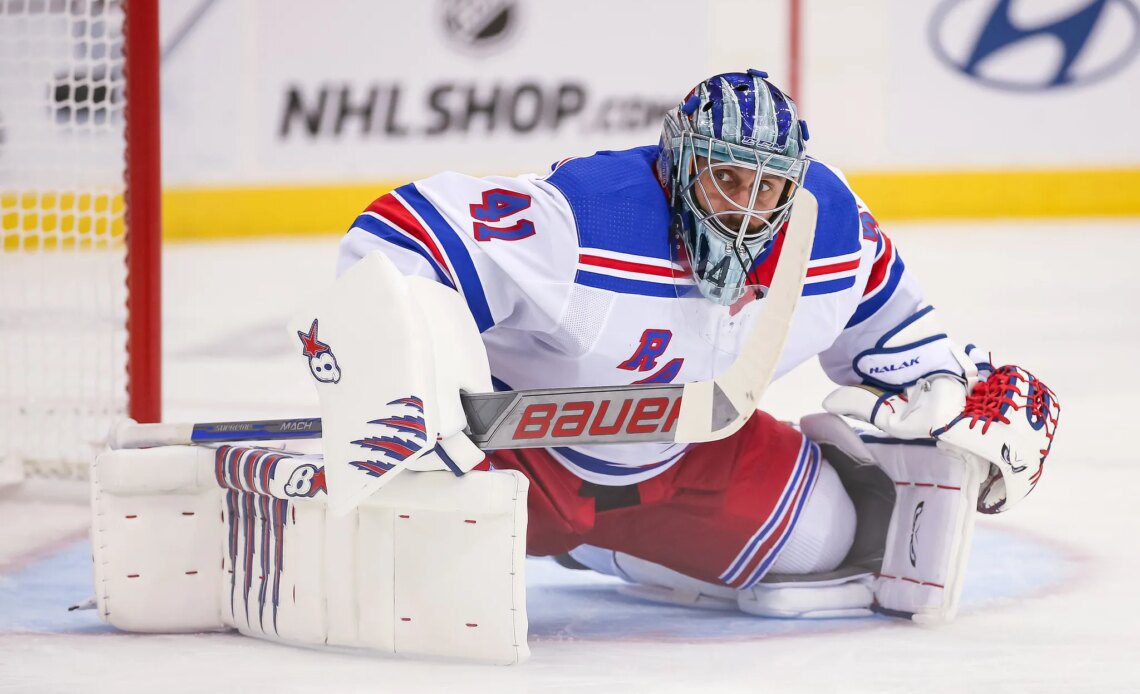 The New York Rangers have needed better play from their backup goaltender over the last few seasons. Alexandar Georgiev showed promise when he filled in for injured starter Igor Shesterkin but played poorly once Shesterkin returned, finishing last season with a 15-10-2 record and a .898 save percentage.

Last offseason, the Rangers traded Georgiev to the Colorado Avalanche and signed veteran goalie Jaroslav Halak to a one-year, $1.5 million contract with a no-movement clause. But Halak is off to a very disappointing start, and the Blueshirts need him to start playing better.

This season, Halak is 0-5-1 with a .881 save percentage, while Shesterkin is 10-2-3 with a .917 save percentage. While it is still a small sample size, it is alarming that the Rangers cannot win games with Halak in goal. He did play well in the team’s 3-2 overtime loss to the Detroit Red Wings on Nov. 6, but he played poorly in his other starts.

Halak seems to let in at least one soft goal per game, and he let in back-to-back soft goals in the Rangers’ 3-2 loss to the lowly Anaheim Ducks on Nov. 23. The first came off a wrist shot from a terrible angle that snuck through him with the score tied at one. The Ducks never relinquished the lead. The veteran goalie did come up with a big save on a breakaway with the team trailing 3-1 and also made a nice save on a shot from the slot, but the soft goals overshadowed those saves. It didn’t help that the Rangers hit the post multiple times and failed to convert their scoring chances, as John Gibson made 41 saves, including a few spectacular ones for the Ducks.

A few times this season, Halak has let in goals from bad angles and allowed rebounds on shots from bad angles. He also has not come up with timely saves in close games, and his early mistakes have forced the Rangers to play from behind.

Rangers in Front of Halak

Though Halak needs to play better, the Rangers have not played well enough in front of him, either. They have scored only seven goals in his…