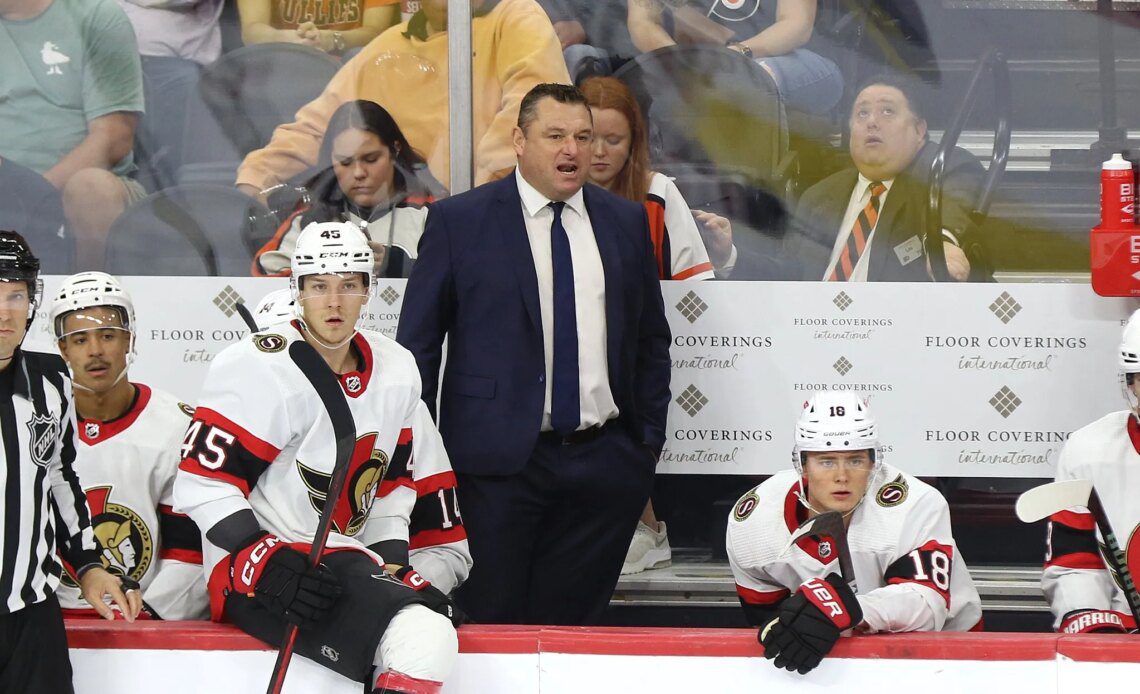 After their latest loss, the Ottawa Senators find themselves five points adrift at the bottom of the Atlantic Division with a painful record of 6-12-1. While few expected them to overcome the Vegas Golden Knights on Wednesday (Nov. 23), the nature of their 4-1 defeat felt all too familiar.

“It’s disappointing,” D.J. Smith said of the loss. “I thought we hung right with them from wire to wire. I don’t know what the chances [statistics] are, but their goalie was really good and we probably gave away too many penalties. We worked hard [and] tried everything we could, but we couldn’t score.”

Despite their best efforts, the Senators couldn’t find a route to victory versus the Golden Knights – who benefited from a 39-save performance by netminder Logan Thompson and a handful of highlight-reel plays from their star contributors. In the aftermath of another defeat, the rumor mill is in full swing in Ottawa. Let’s dive into the latest news and developing topics.

Jake Sanderson has been the bright spot in a dark start to the season for the Senators. While those around him have fumbled, the 20-year-old has made positive steps as a rookie and is almost always one of the team’s best performers. His hot start continued in the defeat versus the Golden Knights. In addition to a solid defensive performance, the Montana-born defenceman also scored in the NHL for the first time:

“It felt nice,” Sanderson said of his first professional tally, “it took a while but I’m happy I got it and that my dad was there to watch it.”

The former University of North Dakota star pointed out that he is still learning on the job at the professional level, while voicing his belief that the Senators will pull their way out of their poor form.

He added: “Obviously, there’s still stuff I can learn, I feel like I’m learning something new every game, and I like the way I’m trending. We’re obviously in a rut as a team right now, but we’ve got to stay positive.”

Sanderson, whose average time on ice is now almost above the 20-minute mark, has 10 points (one goal, nine assists) in 19 appearances on the season. He remains a candidate for the Calder Trophy as a result.

The Senators are almost at the point of no return: if they don’t find a way to win soon,…