No. 14/13 River Hawks Locked in on Weekend at the Friendship Four 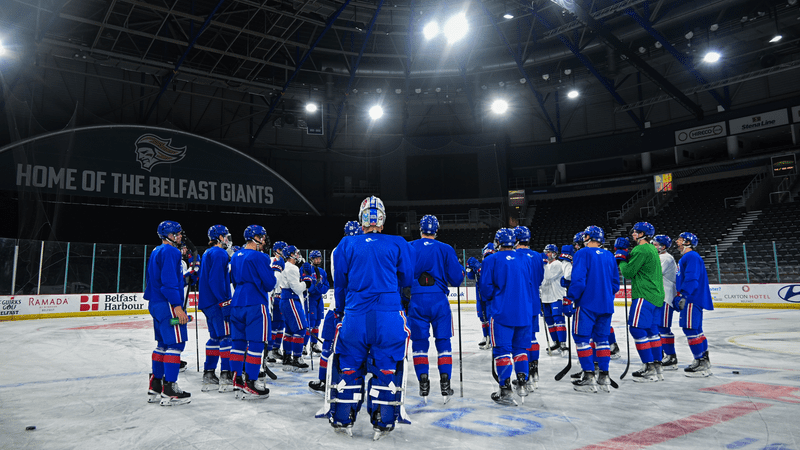 If they win Friday, the team plays for the Belpot on Saturday at 7 p.m. If they drop the opening round battle, the River Hawks will play the earlier game at 3 p.m. All four contests will be broadcast on NESN+.

BACK FOR THE BELPOT
The River Hawks are back in Belfast, Northern Ireland, for the first time since 2015 for the 2022 iteration of the Friendship Four at the SSE Arena. The two-day tournament brings together two ECAC and two Hockey East programs to compete for the Belpot. This year, UMass Lowell is joined by Hockey East opponent and Kennedy Cup foe UMass as well as Quinnipiac and Dartmouth of the ECAC. Although none of the currently rostered River Hawks made the original journey abroad in 2015, Head Coach Norm Bazin and Director of Hockey Operations Dylan Zink return to the SSE Arena for the second time. In 2015, the River Hawks rang the inaugural Belpot after back-to-back overtime thrillers against Northeastern and Brown. After taking down the Huskies in a 3-2 OT matchup, UMass Lowell returned on Saturday to take Brown to a 5-5 deadlock through both regulation and overtime, before winning the tournament in a shootout. C.J. Smith scored the equalizing extra-attacker goal with just 39 seconds left on the clock, while Dylan Zink tallied the only goal in the shootout to claim the victory for the River Hawks.

SCOUTING THE RIVER HAWKS
UMass Lowell heads into their weekend abroad after a tough three-game slate just last week. The River Hawks opened the week with a 3-2 loss to Boston College, before splitting the series with No. 7/8 UConn. Senior Carl Berglund remains the River Hawks’ leading scorer with 11 points off a team-best six goals as well as five assists. Though Berglund sits atop the leaderboard, the scoring race is on for…