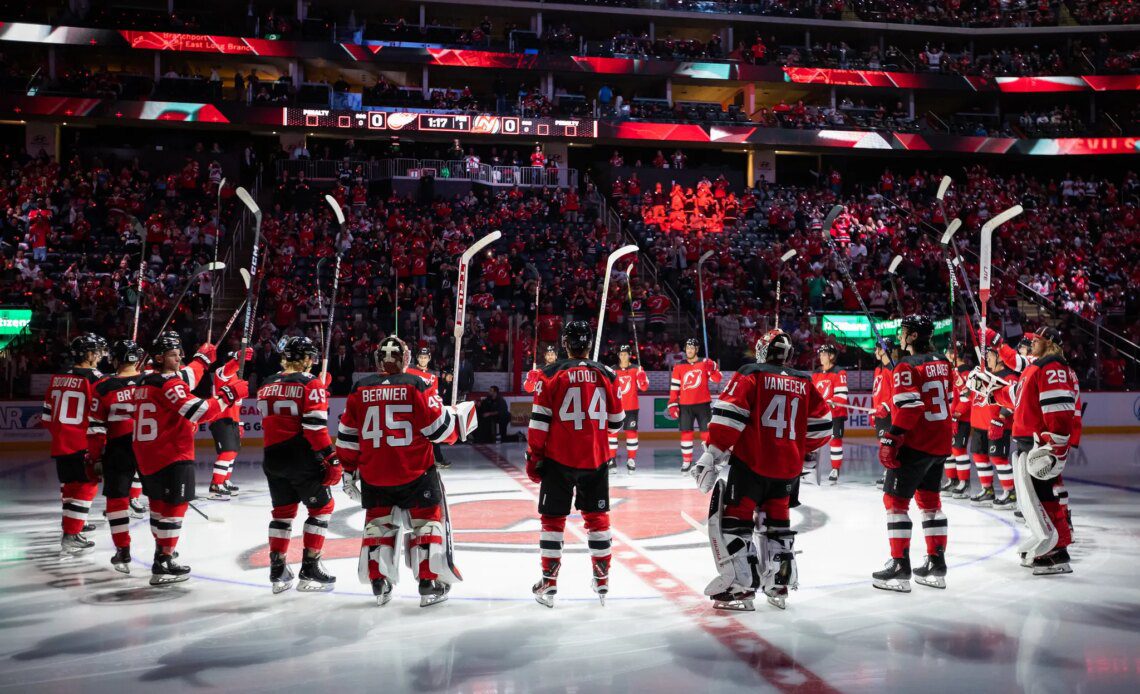 Playoffs? Playoffs?! As the infamous post-game rant from former Indianapolis Colts head coach Jim Mora went. Am I crazy for talking about the New Jersey Devils and making the playoffs at American Thanksgiving? Perhaps, but there’s some merit to it. There have been articles written on playoff odds and being in a postseason position at American Thanksgiving. And the results are overwhelmingly in your favor if your favorite team is in the top eight of either conference.

In an article by TSN’s Travis Yost written about a year ago, teams in playoff spots at American Thanksgiving tend to qualify about 75 percent of the time. At the moment, the Devils are in first place in the Metropolitan Division with 32 points and a 16-4 record, placing them six points ahead of the second-place New York Islanders.

Not only are the Devils atop the Metropolitan Division, but they’re just two points behind the Boston Bruins for first place in the Eastern Conference. After a 13-game win streak propelled them to first place in the Metro, their playoff odds sit at 96 percent (per Money Puck) and over 99 percent from The Athletic. And their numbers back up their odds.

A Look Around the NHL

Before getting into the Devils and their numbers, let’s survey the rest of the league. Following the formula Yost used in his piece, let’s look at teams in playoff spots, their goal differentials, and their expected goals numbers.

Things are a bit murkier in the Western Conference. Of the eight teams in playoff positions, three have negative goal differentials — the Los Angeles Kings (third place, minus-6), the Calgary Flames (seventh place, minus-3) and the St. Louis Blues (eighth place, minus-10). That speaks to how much better the Eastern Conference is and will continue to be this season.

When it comes to expected goals, six of the eight teams in playoff spots in the East have xG percentages comfortably above 50 percent. The only teams underwater are the…