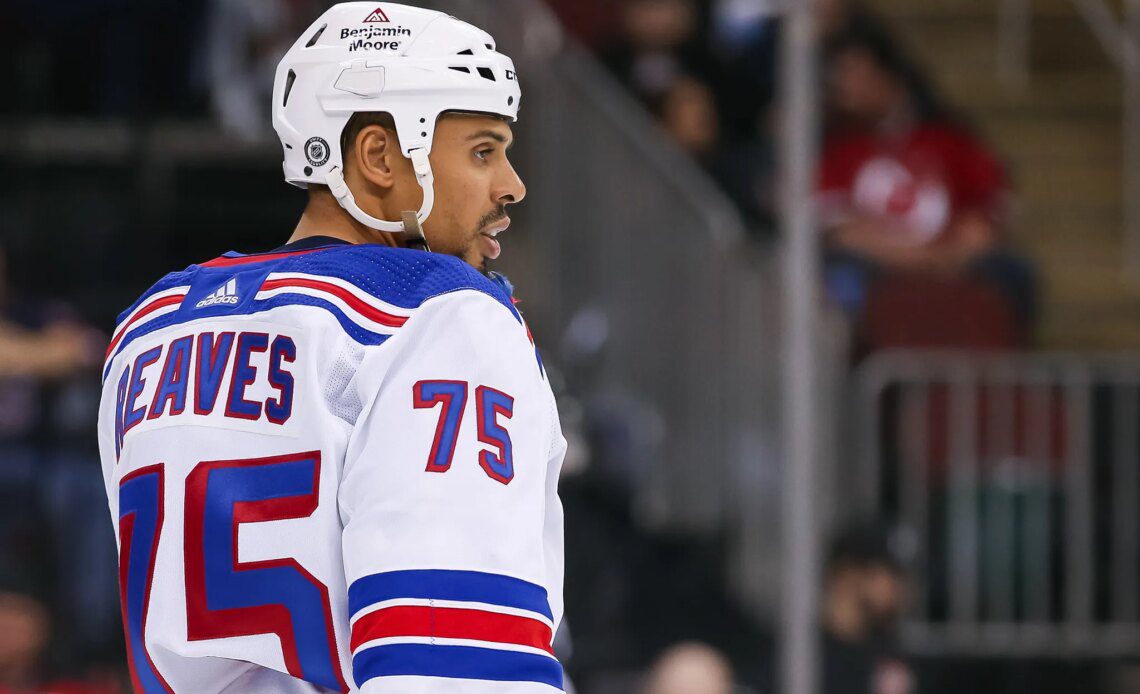 The Toronto Maple Leafs need a strong, physical and intimidating player. The problem is that type of athlete is a rarity in today’s NHL. However, one of those tough-to-find gems was on the trade market, and for some reason, Toronto didn’t make it happen. Instead, the New York Rangers traded Ryan Reaves to the Minnesota Wild for a fifth-round draft pick. That’s a bargain for a player who has spent his career defending skilled teammates. With Toronto’s highly talented players constantly harassed, Reaves was the obvious answer and yet another miss for Kyle Dubas.

Yes, Toronto has two throwback-like players on the payroll, Wayne Simmonds and Kyle Clifford. However, they are not on the NHL roster, having been waived and sent to the minors. Sheldon Keefe has seen enough of their ineffective play and has moved on.

Reaves is in the same boat. The New York Rangers have not been playing the big man. The Blue Shirts acquired the 225-pound, 6-foot-2 beast to even the rosters when playing Tom Wilson and the Washington Capitals. But he’s been a healthy scratch in seven of the last eight games in the Big Apple, and when he got into games this season, his playing time was heavily restricted, around the eight to nine minutes mark. But the season is young. Reaves’s presence shows up later when games get a little more intense, with playoffs nearing.

Auston Matthews, the back-to-back scoring champion, has been targeting since his first game in the NHL when he scored four goals. After last season’s 60-goal performance, opposition players have no intention of letting Matthews win his third straight scoring title. As a result, he has been tightly checked, evident by his slower-than-usual start. But the real issue has been the pokes, slashes and checks he receives with and without the puck.

A few nights ago, the superstar narrowly missed a knee-on-knee collision when a fourth liner stuck his knee out with intent. Rasmus Sandin, the 182-pound, 5-foot-11, 22-year-old Swede who had never fought in the NHL or AHL, played the role of enforcer. He got punched several times in the face for it, but he did what any good teammate should do. Would Matthews have been targeted with Reaves on the Leafs’ bench?

A few weeks ago, Matthews had enough of the slashes…