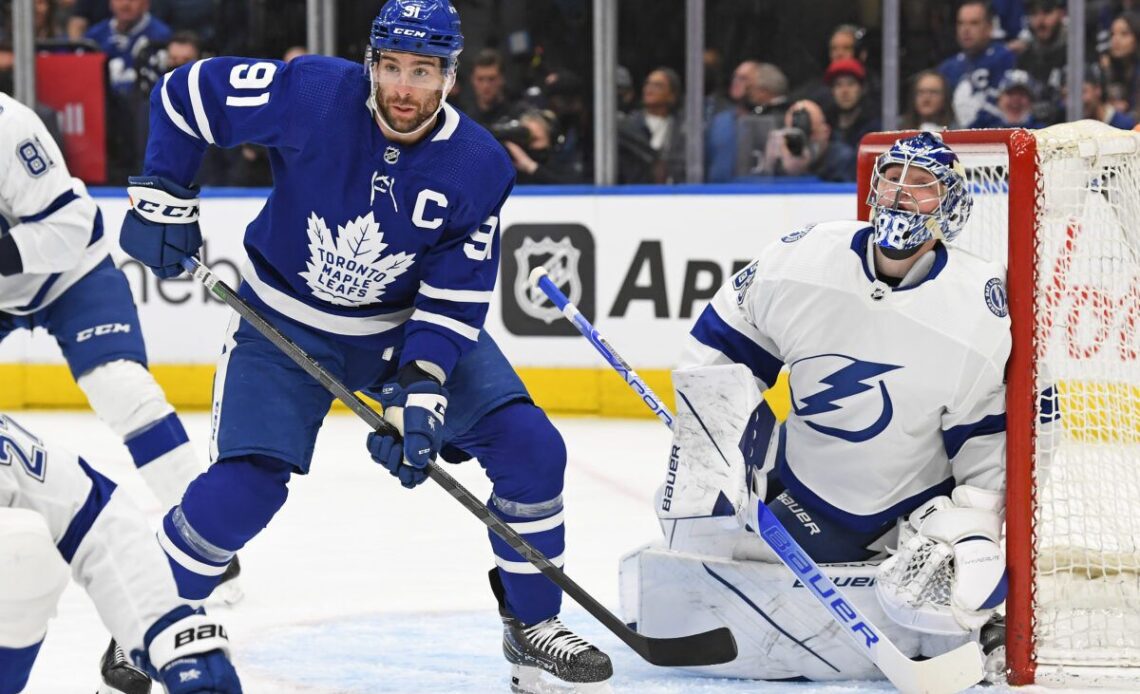 The Toronto Maple Leafs’ 2-1 regulation win over the New Jersey Devils last night was memorable for a number of reasons.

First, the team did it with a depleted lineup – especially a depleted defence. Second, the Blue and White beat a team that (a) was on a 13-game winning streak and (b) had beaten them in overtime back in Toronto the week before. Third, the team won even after being pelted by full cans of beer and other assorted debris.

Credit the Maple Leafs for a solid win. Matt Murray was stellar in the crease. The youngsters hung in there. Pontus Holmberg scored his first NHL goal. Young defenseman Mac Hollowell survived his NHL debut.

The defence went down a player in the third period when Jordie Benn suffered an upper-body injury and finally decided he couldn’t go after a few tries. Mitch Marner extended his 14-game, point-scoring streak when he worked his tail off behind the net to get a pass to John Tavares for a goal.

Good win for the Maple Leafs

Speaking of John Tavares, after four seasons, I cannot recall him ever showing anger. Last night was an exception. The usually reserved captain was pretty clear about how he felt after the game.

Even after his first visit back when he played his old New York Islanders team in late February 2019, and fans booed and threw snakes on the ice, Tavares never blinked. Last night, he not only blinked – he ducked. Usually, Tavares is a player who says little; and, when he does, he’s reserved in his comments.

About last night, not so much. Tavares said, “It’s disappointing it’s dangerous.”  He added, “I think it felt better to beat the crowd than the Devils tonight.”

Mark Giordano, whose more than 1000 NHL games have shown him a thing or two, reported that he’s never been part of anything like that. After the game, he noted: “We realized pretty quick they were coming hot and heavy so we got out of the way. Got into the room and waited it out.”

Ironically, for a group of fans who were so intent on winning, the break they caused by tossing garbage at the Maple Leafs’ bench and littering the ice probably helped their opponents weather the storm.