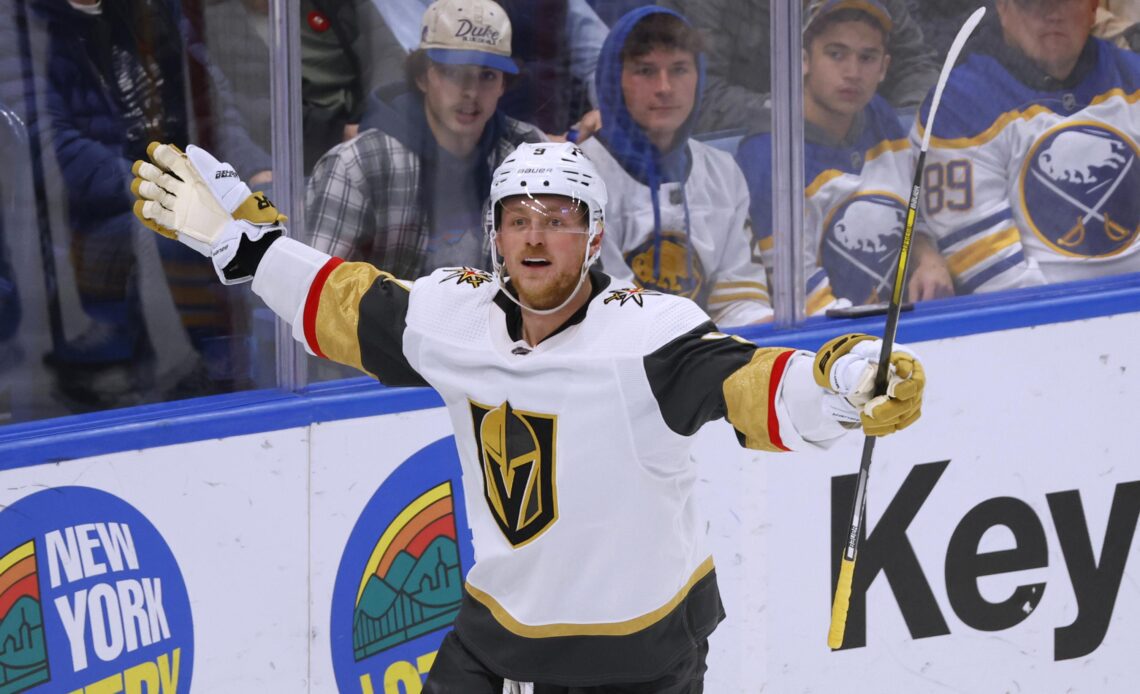 LAS VEGAS (AP) — Jack Eichel is finally having fun playing hockey again, and he couldn’t be any more thankful.

A little more than a year after having an artificial disk replacement procedure on his neck, he’s at the top of his game and loves his new home with the Vegas Golden Knights.

“It’s been a lot of fun coming to the rink every day and being with these guys,” said Eichel, who has 26 points in 21 games this season. “Rarely do you get a group that is completely bought in together and I feel like that’s how we are.”

Eichel is on pace to finish with 101 points after scoring a goal and adding an assist in Wednesday night’s 4-1 home win over Ottawa. His career high is 82 points in 2018-19 with Buffalo.

His divorce from the Sabres is well-documented and left a sour taste in everyone’s mouth on both sides.

And when Eichel returned to Buffalo near the end of last season, he didn’t take kindly to the not-so-friendly welcome he got from Sabres fans, who showered him with boos every time he stepped on the ice.

This season, the 26-year-old dynamo was better prepared mentally.

“I think this year just going into Buffalo I had a different expectation of what was gonna happen,” Eichel said. “I think last year I wasn’t sure how I was going to be received. I think there was probably part of me that hoped that I was given more of a positive reception, but having went through it last year and learning from that experience, I just tried to go in with a different mindset this year. Obviously, I knew what the reception was going to be, so there wasn’t anything that was going to surprise me.”

Eichel skated out of Buffalo with the last laugh this time. He scored his third career hat trick — first with Vegas — while adding an assist in a 7-4 win that capped a 5-0-0 road trip for the Golden Knights.

“You know that’s gonna be an emotional game at the end of the trip, and you’re just trying to find whatever energy you have left in your system to play that one,” Eichel said. “Emotionally, it doesn’t take much to get up and go play your opposing team. I’m sure if you ask any guy here that’s moved on from somewhere else, it’s always easy to get up and emotionally be connected to the game.”

Eichel has been dialed in since the season opener, getting at least one point in 16 of the team’s first 21 games. But he isn’t about to take credit for the feel-good state of mind he’s enjoying for the first time in several years.