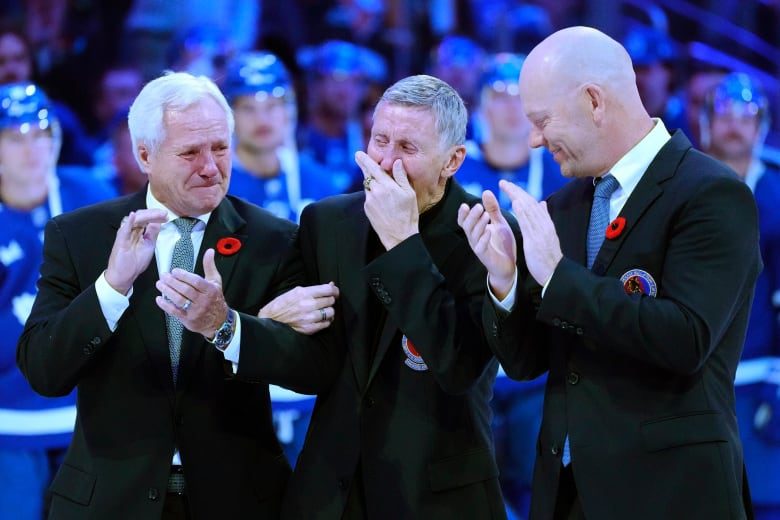 Legendary NHL defenceman Börje Salming, who was a fixture on the Toronto Maple Leafs’ blue line for 16 years, has died. He was 71 years old.

“Börje was a pioneer of the game and an icon with an unbreakable spirit and unquestioned toughness,” President and Alternate Governor Brendan Shanahan said in a statement. “He helped open the door for Europeans in the NHL and defined himself through his play on the ice and through his contributions to the community.

“Börje joined the Maple Leafs 50 years ago and will forever be a part of our hockey family. We extend our deepest condolences to his wife, Pia, his children Theresa, Anders, Rasmus, Bianca, Lisa and Sara, and brother Stieg.”

Salming was diagnosed with the progressive nervous system disease amyotrophic lateral sclerosis, also known as ALS or Lou Gehrig’s disease, earlier this year. Salming had been receiving treatment in his native Sweden.

A pioneering European star from the northern Swedish town of Kiruna, Salming played 1,099 games with the Leafs and ranks fourth among the team’s career scoring leaders with 768 points.

In 1997, he was voted one of the 100 greatest players in NHL history by a panel that included former players, coaches, executives and media members.

Salming’s number 21 hangs in the rafters at Scotiabank Arena, after it was retired in 2016 alongside other Leafs greats like Dave Keon, Johnny Bower and Doug Gilmour. He was also the fourth former Maple Leaf to be immortalized with a statue in the team’s Legends Row in Maple Leafs Square, alongside icons like Bower, Darryl Sittler and Ted Kennedy.

His importance to the Maple Leafs and the city of Toronto was exemplified by emotional tributes and standing ovations earlier this month, as he attended games in Toronto for the last time.

The long-time Maple Leafs’ defenceman received a warm welcome from the Toronto crowd as he battles ALS.

Salming’s strong two-way play made him one of hockey’s elite defencemen. He was also one of the most popular players in team history.