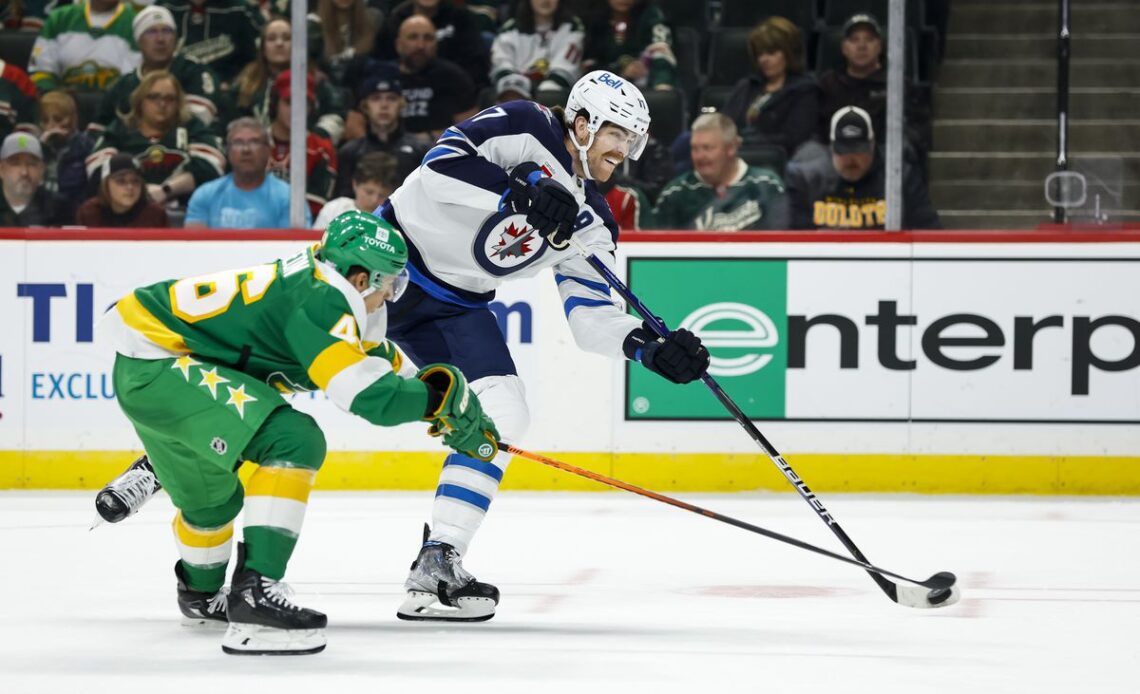 I could waste your time with detailed, thoughtful analysis on what went wrong for the Jets against the Minnesota Wild. On this American Thanksgiving holiday, however, I’m going to do you generous favor of sparing you the gory details. There wasn’t much worth shouting about anyways. Winnipeg, in short, got roasted. This wasn’t just the usual sort of domination where the Jets show consistent levels of fight, but fall just short. Winnipeg decided to turn back the clocks during Minnesota’s Retro Reverse game and play like the Maurice-led Jets of the last few seasons.

Winnipeg looked like it had no idea what it was doing on far too many shifts, turning over the puck carelessly and failing to stress Minnesota’s defense. The Wild weren’t even that coordinated themselves, missing easy passes and breaking up their own offensive zone entries. It didn’t matter. The Jets beat themselves, and I think the team would agree with that assessment. Bones had to be losing his mind on the bench with what was unfolding. The Jets have generally been fun to watch this year, but this game was almost unwatchable. The team has a minor mess to sort out before facing an even more difficult opponent on Friday. The Jets may have beaten Dallas in their last tango, but I’d be hard-pressed to see Winnipeg doing it again if they play anything like this.