Friendship Four 2022: Who could be future NHL stars at college tournament? 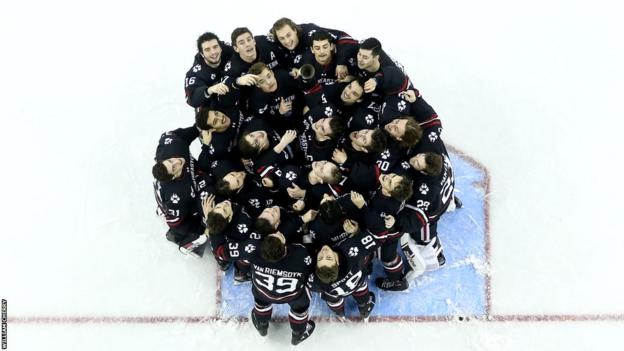 Four of the best college American ice hockey teams will descend on Belfast for the annual Friendship Four from 25-26 November.

The battle for the Belpot Trophy returns after a two-year Covid-enforced hiatus, and this time the 2021 NCAA Division One National champions are coming to town.

With several players from previous editions – the only college tournament to be played outside of North America – now plying their trade in the NHL, who could be the stars of the future in the 2022 competition? 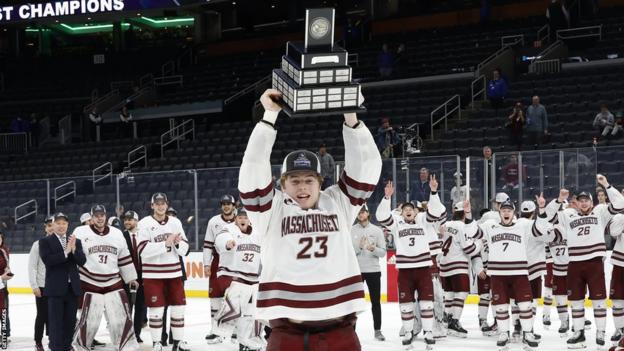 When you are NCAA Division One champions in 2021 it is not surprising when your roster gains quite a bit of attention.

The Minutemen have just the 10 players on the books of NHL teams as UMass return to Belfast for the first time since 2016.

The most-promising could be Scott Morrow, who was drafted 40th overall by the Carolina Hurricanes in 2021.

The 20-year-old defenceman, in his Sophomore year, could have a big future and was named in the USA roster for the 2022 World Junior Ice Hockey Championships.

Forward Lucas Mercuri is set to join Morrow at the Hurricanes, while Ryan Ufko and Cole O’Hara have been drafted by the Nashville Predators.

Netminder Cole Brady is with the New Jersey Devils while Freshmen Kenny Connors and Tyson Dyck were drafted by the Los Angeles Kings and Ottawa Senators respectively this year.

Despite their recent championship-winning credentials, the Minutemen have only won two of their seven Hockey East games in the new campaign, losing the other five.

The River Hawks have just one NHL name in their ranks, but its’ not a bad one to have as UMass Lowell look to win the Belpot Trophy and repeat their triumph in the maiden edition of the Friendship Four in 2015.

Ben Meehan is on the books of the Los Angeles Kings and was the 140th pick in the 2020 draft.