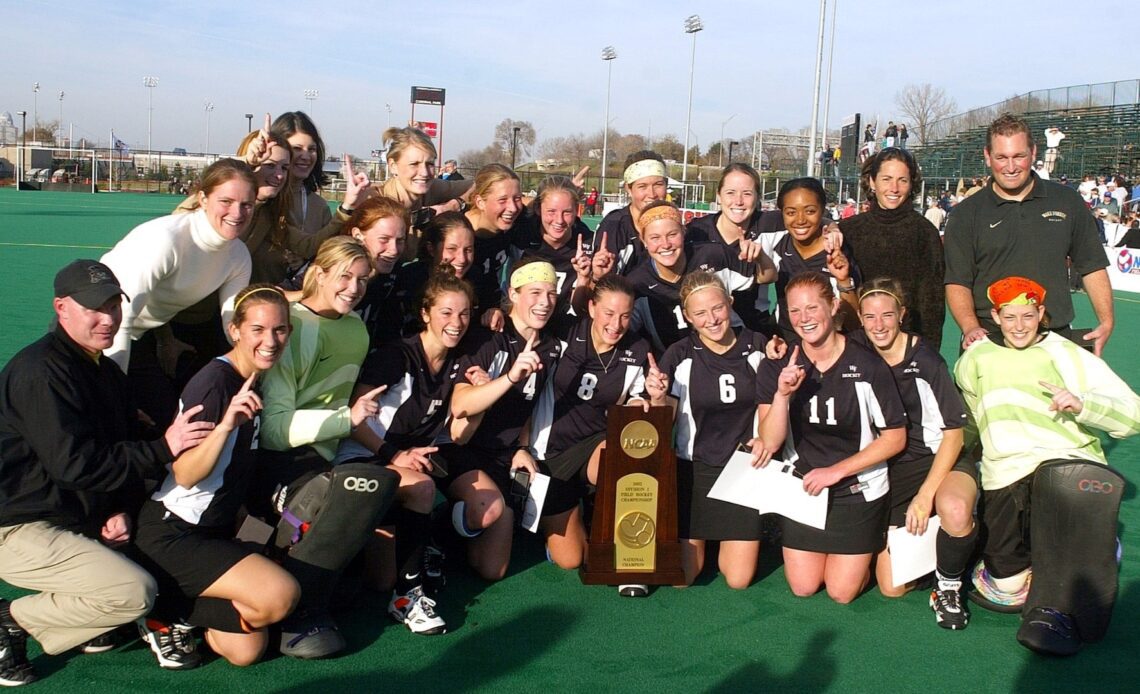 After back-to-back Final Four appearances, Wake Forest Field Hockey head coach Jen Averill’s appeal to her 2002 team wasn’t to just talk the talk, but to back it up by carrying themselves as if they deserved to be in that championship environment.

That’s exactly what they did. The Deacs lost two of their first three to begin the campaign, learned from the experience and then didn’t take a defeat the rest of the season — winning the last 19 games in a row while not allowing a single goal in NCAA Tournament play.

HEARTBREAK
In many ways, the 2002 season started on Nov. 16, 2001 as the Demon Deacons fell 3-2 in double overtime in the national semifinals to Maryland in Kent, Ohio. Wake Forest came back to Winston-Salem just one win away from competing for a national championship, finishing with a 16-5 record. Three of those five losses came to Maryland, one on the road in mid-September (4-1), one in the ACC Tournament in Chapel Hill (3-2), then in the NCAA Tournament semifinal.

“When you’re right there in the game and in overtime and get bumped out, that’s fuel greater than anything else you can feel,” Kelly Dostal said. “Going to the Final Four is a great accomplishment, but then we wanted to move beyond just being there to winning a national championship.

“That semifinal loss, as painful as it was, changed how we approached that next spring season, the offseason and the summer going into the 2002 season when we ultimately became national champions.”

The planning and training for the 2002 season began almost immediately.

“When do we play them again?” Dostal said.

Kelly Doton scored on a corner to give the Deacs a 2-1 lead over the Terrapins in that loss as a sophomore.

“There was a lot of disappointment coming out of that double overtime loss,” she said.  “We felt like we had a lot of opportunities to win, but just came up short.

“But we knew we had a really good core coming back, and we wanted to get to work in the spring, so by the time the 2002 season started, we’d be ready to roll.”

Averill, who took over the Wake Forest program as head coach in 1992, understood winning at that level was a process and…