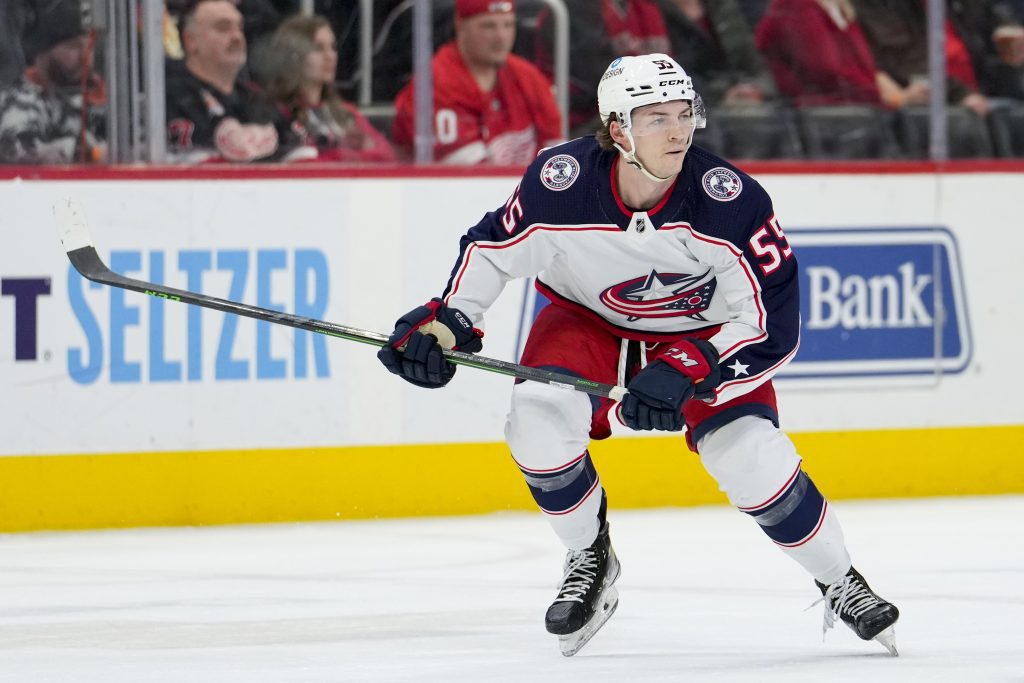 The Columbus Blue Jackets have made a roster swap, sending Emil Bemstrom to the minor leagues while recalling Carson Meyer. Bemstrom played just under 12 minutes in last night’s loss to the Montreal Canadiens.

Meyer, meanwhile, has been on fire with the Cleveland Monsters of the AHL, scoring six goals and 18 points in 15 games so far. The Ohio State standout played in 13 games for the Blue Jackets last season and registered just three points but will certainly be bringing some confidence to the lineup after such a hot start.

Selected in the sixth round in 2017, Meyer was good for the Monsters last season too, but not quite to the same level. He had 16 goals and 27 points in 57 games, while racking up 63 penalty minutes. In his chances last year, he was willing to throw himself into anything that moved, racking up 27 hits in those 13 games despite averaging just over eight minutes a night.

Bemstrom is a very different player and one that might not be as well-suited for the bottom six. He has four points in seven games this season but doesn’t add any physicality and isn’t used on the penalty kill at all. If he’s not going to get regular minutes in a scoring role, perhaps heading to the minor leagues is a better option. He has also been banged up, missing some time due to an undisclosed injury.

Because he cleared waivers at the beginning of the season, Bemstrom is still exempt.