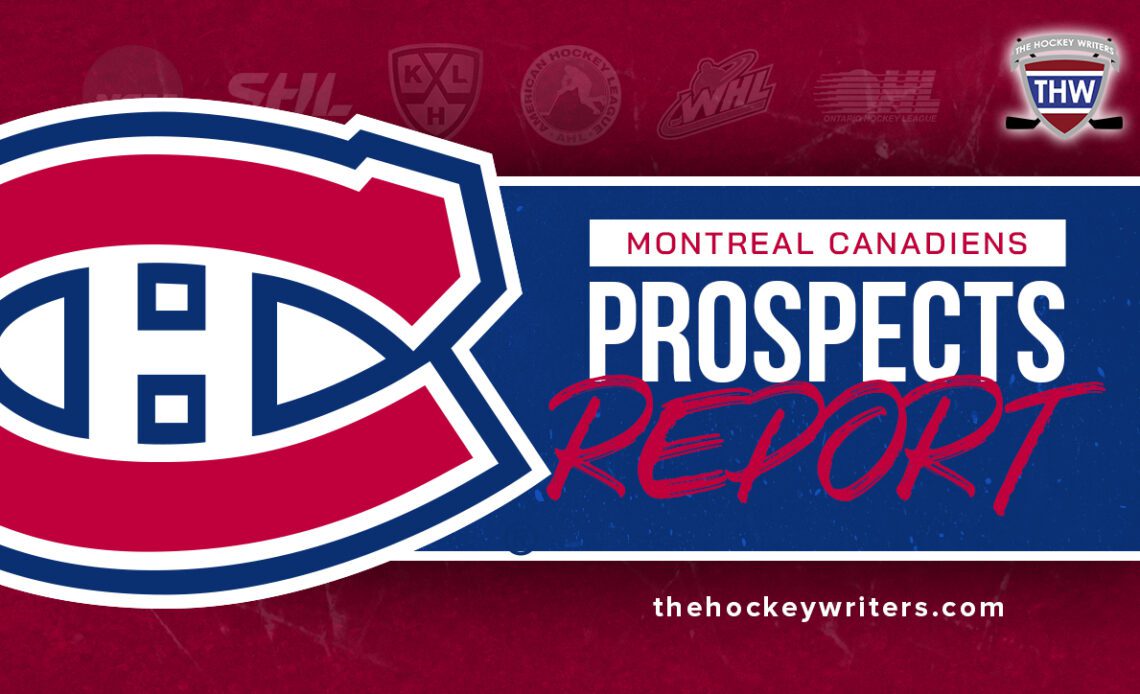 With the Montreal Canadiens being flush with young talent (players under the age of 24) in their NHL roster as well as in the American Hockey League, this list is dominated by them. With that said, because the Canadiens have had 28 draft picks since the 2020 NHL Entry Draft and could use their 11 picks in the 2023 draft to add to that pool, there will be many more graduating to the NHL club in the coming season. This list of current prospects will rank the top five Canadiens’ prospects during the first quarter of the season.

There need to be some criteria to explain the basics of who was selected and why:

Based on that, this top-five list still holds much promise for the future, and the 2022 draft class dominates this list of prospects. While none are expected to become franchise players, most have NHL player written all over them. One or two may become impactful additions to the Canadiens’ roster in a few seasons, which is when fans will expect general manager (GM) Kent Hughes will have built the franchise back into a Stanley Cup contender.

The 2020 second-round pick has picked up offensively where he left off last season with the Acadie Bathurst Titans of the Quebec Major Junior Hockey League (QMJHL). He scored 100 points last season and is on pace for 108 points this season, leading his team in points by a large margin.

A 2021 second-round pick, Oliver Kapanen has made huge strides over his rookie season in Liiga, Finland’s top professional league. Last season, he had only two points in 16 games, but this season, he has five goals and 11 points in 23 games played with his club team, KalPa. To add to this, his five points in five games internationally with Finland’s under-20 national team in the Three Nations Cup, a warmup tournament ahead of the 2023 World Junior Championships (WJC), where Kapanen is expected to play a big role at center for the defending silver medal team looking for revenge.

A fifth-round selection in the 2021 NHL Entry Draft, outside of the local media touting a francophone player getting selected by the Canadiens out of the QMJHL, there wasn’t much fanfare when Joshua Roy’s name was called. His slide from being the first…