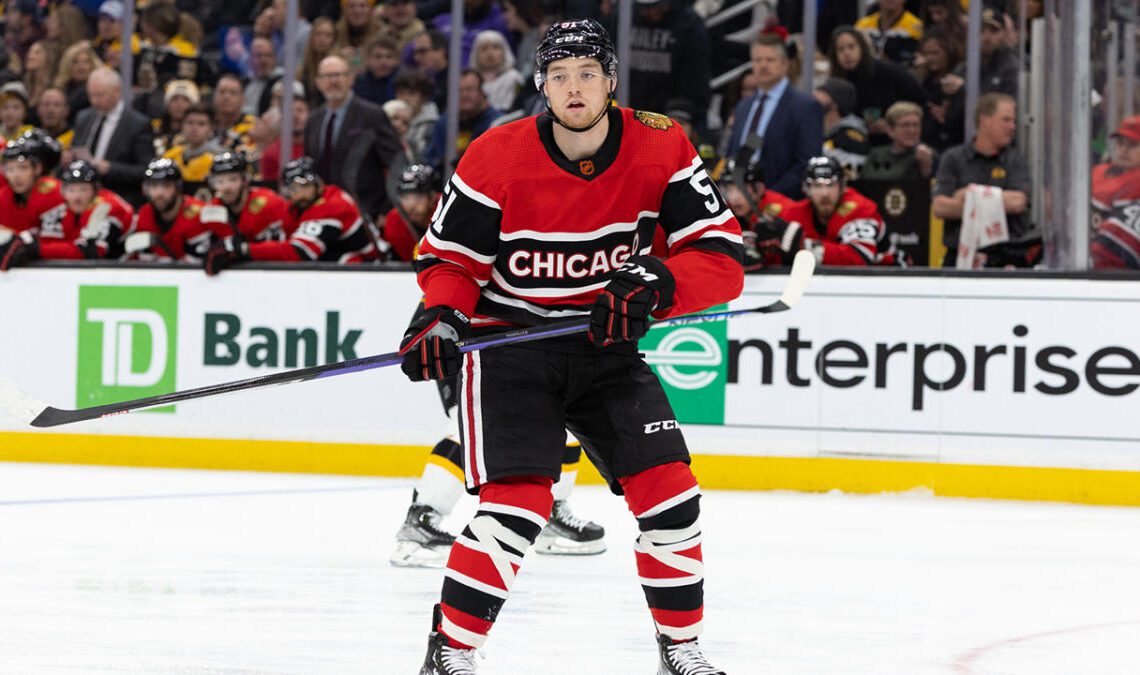 The Blackhawks have reassigned defenseman Ian Mitchell to the Rockford IceHogs of the American Hockey League, the team announced before practice on Thursday.

Mitchell appeared in two games during his brief call-up with the Blackhawks and had zero shots on goal and a -4 rating. He logged 13:26 and 16:25 minutes against Boston and Pittsburgh, respectively.

I was surprised the Blackhawks didn’t give him a look on the first power-play unit, instead electing to experiment with five forwards. Mitchell was on the second power-play unit but didn’t see much ice time.

With Seth Jones back, the Blackhawks had eight healthy defensemen and there was no point in letting Mitchell be a bubble guy at the NHL level. Now he can go back to Rockford and play significant minutes and in all situations.

Mitchell missed all of training camp and the first month of the regular season because of a left wrist injury. He has five points (two goals, three assists) in three games with the IceHogs.