3 Takeaways From the Devils’ Loss to the Maple Leafs 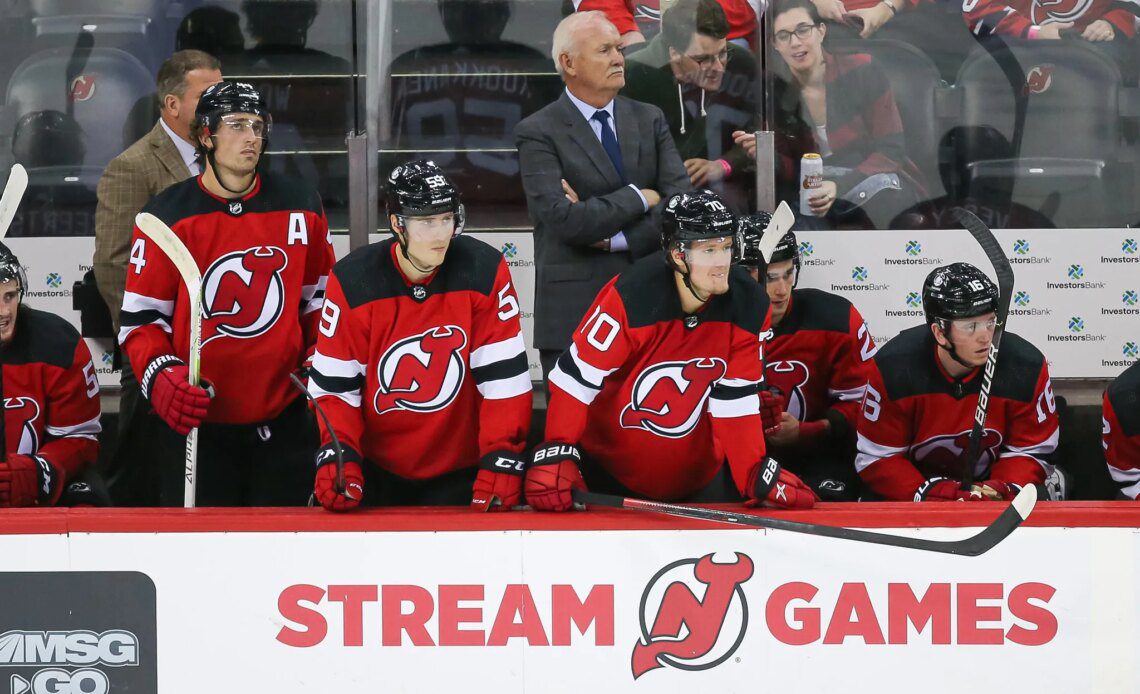 Bizarre, chaotic, and bonkers. These are some of the adjectives used to describe the events Wednesday night at Prudential Center when the New Jersey Devils hosted the Toronto Maple Leafs. The Devils’ 13-game winning streak has officially come to an end in a frustrating loss that involved overturned goals, questionable officiating, and fans taking matters into their own hands. Let’s break down three takeaways from the Devils’ loss to the Maple Leafs.

Bad Things Happen in 3 for the Devils

It is extremely rare to see three goals get overturned in one game, but that is exactly what happened in Newark, New Jersey. Each period the officials called back a goal that the Devils scored, which led to a frustrating night for head coach Lindy Ruff and his squad. Here is a quick breakdown of why each goal was disallowed.

Halfway through the first frame, Jonas Siegenthaler celebrated his second goal of the season. As quickly as the puck found the back of the net, the referee was there to call the goal off. It was determined that Nathan Bastian interfered with Matt Murray‘s ability to move within his crease. The Devils website broke down why the goal was disallowed:

“Video review confirmed New Jersey’s Nathan Bastian had significant presence in the crease which impaired Matt Murray’s ability to play his position. The decision was made in accordance with Rule 69.1 which states, in part, “Goals should be disallowed only if: (1) an attacking player, either by his positioning or by contact, impairs the goalkeeper’s ability to move freely within his crease or defend his goal.”

Murray left his crease to play the puck and on his way back to the blue paint he was bumped by Tomas Tatar. After the game, he told the media that the Devils forward prevented him from getting back to his crease.

The third goal was disallowed because it was determined Erik Haula kicked the puck into the net at the right post. The Maple Leafs goaltender made the initial save against Haula, who proceeded to kick in the rebound.

“It was an intense atmosphere right from the start of the game. That was the most engaged I have seen fans here in New Jersey in my time in the league….