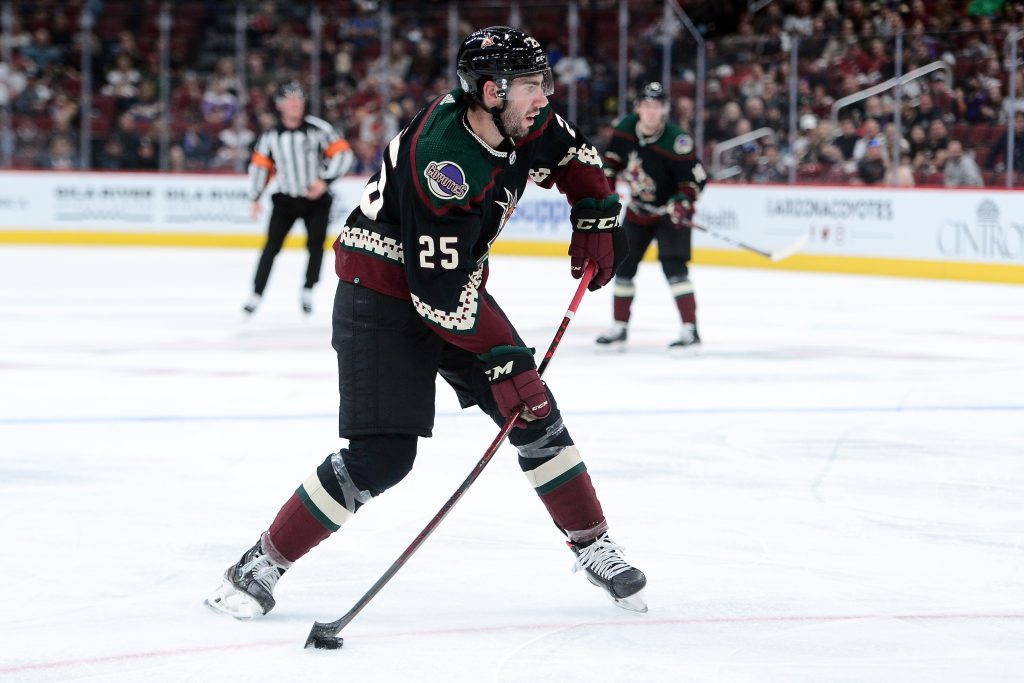 The Toronto Maple Leafs have found their defenseman, acquiring Conor Timmins from the Arizona Coyotes according to Craig Morgan of PHNX Sports. The team will be sending minor league forward Curtis Douglas in return.

At one point, not too long ago, Timmins was one of the brightest young defensive prospects in the game. He was a big part of the trade that sent Darcy Kuemper to the Colorado Avalanche last summer, and was supposed to be a key player for Arizona’s rebuild.

But injuries have ruined his career so far, with Timmins playing just 105 games since the start of the 2018-19 season. Just two of those have come this year with Arizona, before he was sent down on a conditioning stint with the Tucson Roadrunners. As Morgan explains, the team wanted to send him down for a longer period in the AHL but he would have certainly been claimed on waivers.

Instead, he heads to Toronto where—you may have guessed—he is reunited with his other Soo Greyhounds alumni. Three of the Maple Leafs’ current roster defensemen were on the 2017-18 Greyhounds roster. Timmins, Mac Hollowell, and Rasmus Sandin were an incredible trio on that junior team, and will now be reunited in Toronto.

Whether Timmins can ever reach his previous potential remains to be seen, but it’s a worthwhile gamble for a Toronto team that is desperate for help on the back end. Morgan Rielly, Jake Muzzin, and T.J. Brodie are all injured long-term, meaning Mark Giordano was left as the most reliable option.

In Douglas, the Wild are getting a massive forward that showed some scoring touch last season. The 22-year-old stands 6’9″ and scored 13 goals and 34 points for the Toronto Marlies in 2021-22. That offensive ability has completely dried up this year though, with Douglas registering just a single point in 13 games so far.