Sonny Milano showing up in big moments for Capitals 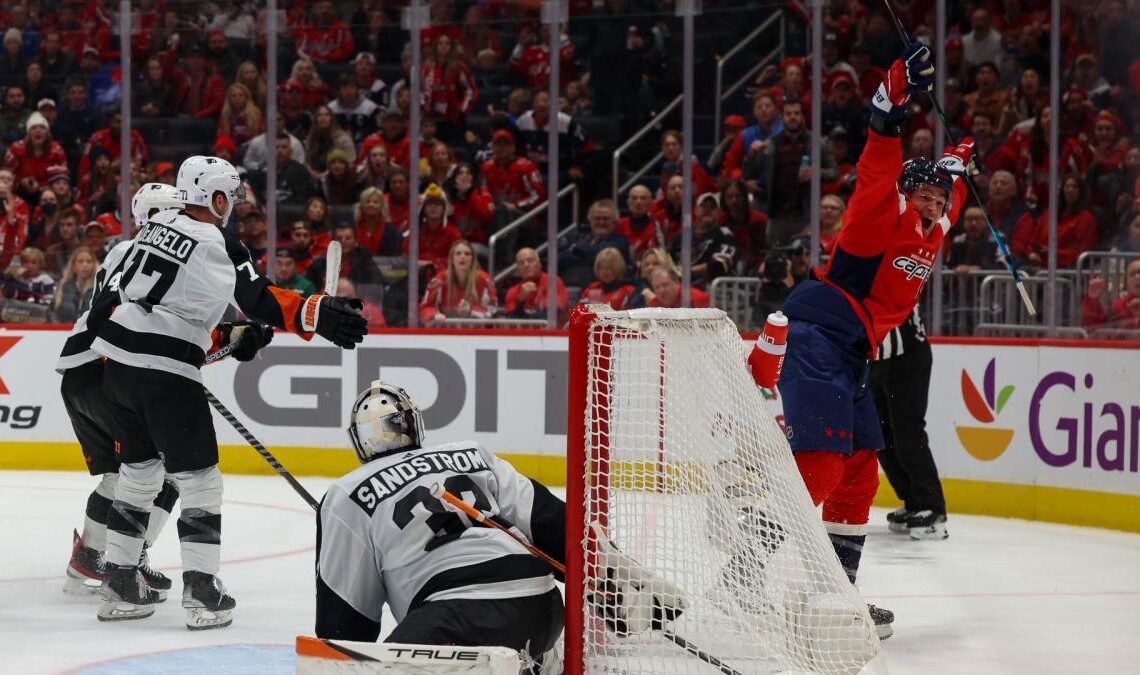 WASHINGTON — Sonny Milano hasn’t been a consistent offensive force for the Capitals, but when he has come through it’s been in big moments for his new team.

The Capitals signed Milano as a free agent in October just after the season began and pushed him through waivers, allowing him to get his footing down in the AHL. Since being called up Nov. 5, he’s tallied three goals in nine games including the game-tying score with 2:58 to play in their 3-2 overtime win over the Philadelphia Flyers on Wednesday.

“He’s been really good,” head coach Peter Laviolette said in his postgame press conference. “He makes plays out there. He’s a talented guy, he sees the ice well and he makes good hockey plays.”

His goal came on a vertical play set up by winger T.J. Oshie, who received the puck just as he crossed into the offensive zone. He used that momentum to fire a pass to center Evgeny Kuznetsov, who drew even with Milano in the slot and slid a pass over to him for the finish.

“It’s nice,” Milano said of getting a goal on the board. “It’s been a couple games now without a goal. It was nice to get one in the net and hopefully go from there.”

Milano’s first two goals of the season both came in a 5-1 win over the Tampa Bay Lightning on Nov. 11. With the Lightning up 1-0 in the second period, he sprung out of the penalty box following a five-minute major that he served for winger Nicolas Aube-Kubel and scored on a breakaway.

A playmaker who can create his own separation with the puck, Milano flashed plenty of offensive potential with the Anaheim Ducks last season when he put up 14 goals and 20 assists in 66 games. He then failed to secure an NHL contract in free agency and had to settle for a professional tryout with the Calgary Flames, who cut him at the end of training camp.

Now finding a role on the Capitals’ second line, Milano has a chance to be a valuable part of the Capitals’ lineup even as they start to get players back off Injured Reserve. Oshie made his return from IR on Wednesday and lined up opposite Milano on the second line with Kuznetsov at center. The three of them combined to net the crucial goal in the final minutes of regulation.

“It was nice, getting to play with him,” Milano said of Oshie. “He is so skilled and strong with the puck and brings a lot of energy as well so it was definitely nice.”