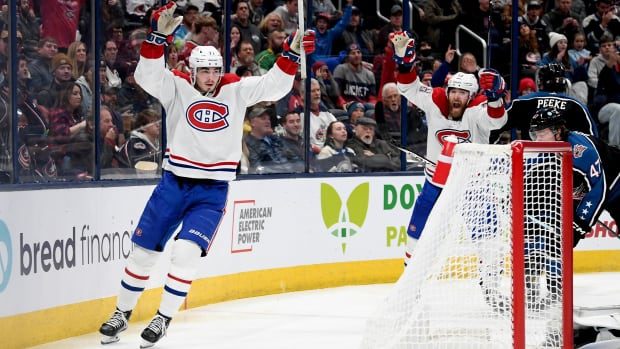 David Savard scored the go-ahead goal against his former team early in the third period, sending the Montreal Canadiens past the Blue Jackets 3-1 on Wednesday night  in Columbus for their second comeback victory in three games.

Arber Xhekaj and Sean Monahan also had goals in the third for the Canadiens after the first two periods were scoreless. Sam Montembeault made 29 saves as Montreal avenged a road loss to Columbus six days earlier.

Mathieu Olivier scored for the Blue Jackets, and Joonas Korpisalo stopped 26 shots in his second consecutive loss. Columbus has dropped two of three, both at home.

Play was virtually even through two periods before Olivier picked off a weak Canadiens clearing pass and scored from the right circle at 1:08 of the third.

Xhekaj tied it 1:30 later when his shot from the blue line got past a screened Korpisalo. Savard made it 2-1 at 3:35 by burying a feed from Kirby Dach off the rush for his first goal of the season.

The Canadiens will next play at Chicago on Friday.