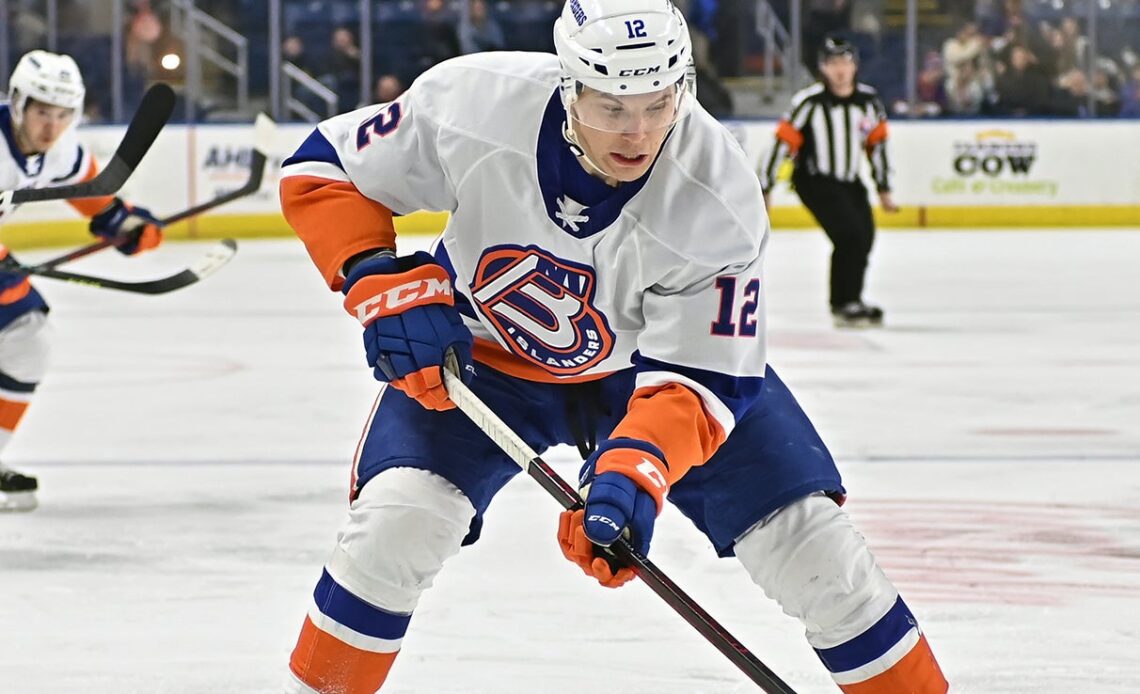 The Islanders jumped into second place in the Atlantic Division with their third straight victory. Bridgeport has outscored Hartford 16-8 in three meetings this season, winning all three.

Koivula put the Islanders ahead just 1:21 into the first period with his third goal of the season and second in as many appearances. Durandeau deflected down an errant clearing attempt, giving Koivula a wide-open lane down the right side where he skated to the circle and snapped a shot past Dylan Garand.

The first frame ended with Bridgeport ahead 1-0 on the scoreboard and 10-7 in shots. It also concluded with tempers boiling over, as Cole Bardreau and Ben Harpur dropped the gloves in the final 66 seconds. Bardreau confronted Harpur after a hit on Erik Brown and was handed an extra two-minute instigating minor and 10-minute misconduct. Hartford failed to score on the power play and went 0-for-3 in the game, while the Islanders were 0-for-2 on the man advantage.

Just after a power play expired at 14:11 of the second, Durandeau tallied his second assist of the night by feeding a streaking Kubiak who buried a one-time shot down the left side. Kubiak’s tally was his second of the season and his first since the season opener on Oct. 14th.

The Islanders made it 3-0 just 43 seconds later when Garand misplayed the puck behind his own net, leading to a scramble out front. Bolduc sent home his third goal of the season with a slap shot from distance. Terry and Kyle MacLean were credited with the assists.

Hartford chipped into its deficit just 1:26 into the third period after Schneider appeared to have made a highlight-reel save on Bobby Trivigno’s low shot that was quickly overturned by video review. Karl Henriksson and Harpur had the assists on the Wolf Pack’s first goal.