PREVIEW: Gulls Aim To Make Up Ground With Divisional Clash Against Roadrunners 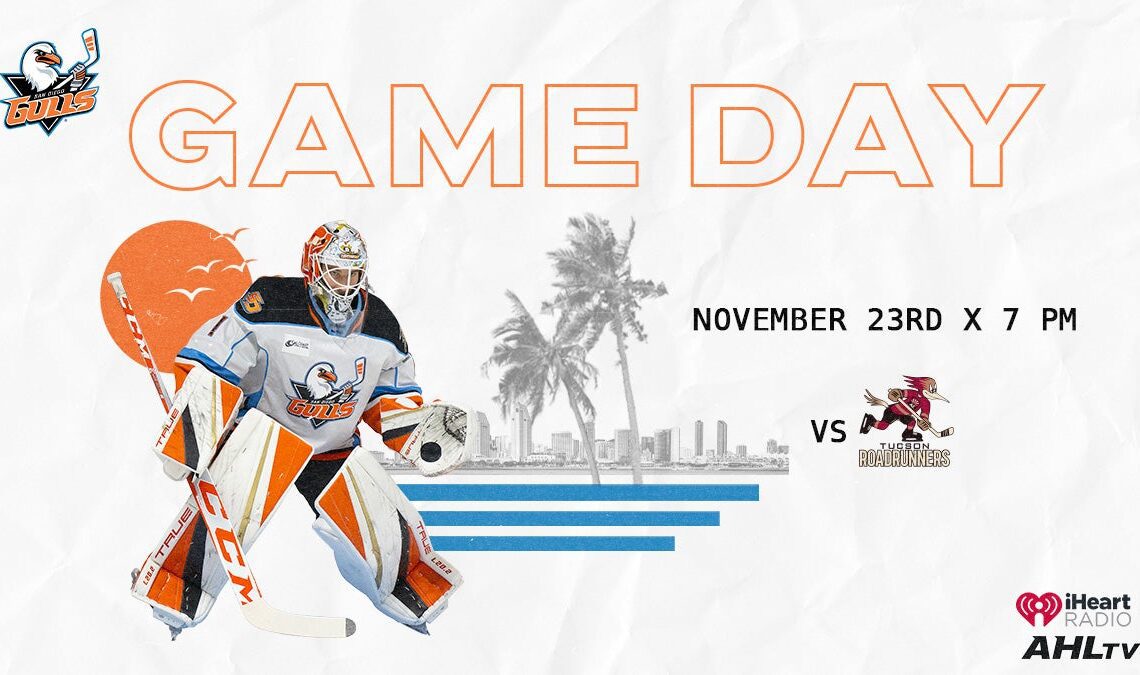 The Gulls enter tonight after a weekend series against the Grand Rapids Griffins where the team broke through offensively. San Diego combined for 11 goals during the two-game series. Gulls center Glenn Gawdin recorded his second career American Hockey League hat trick in San Diego’s 6-1 win on Saturday, while wingers Jacob Perreault and Brayden Tracey both posted 2-2=4 points in the weekend set. These two are playing at a high level since being paired together to start the back-to-back series, a move fueling their success.

“I mean [Perreault] is a brother to me,” Tracey explained following yesterday’s practice. “I’ve known him for a long time now. I don’t even know how long, but he’s a brother to me. I mean every guy in there is, but JP is a guy who is really close with me. I think we’ve lived together for three years now. We’ve seen a lot of each other. In the summer, we are FaceTiming each other every day. We are doing all of those little things to keep in touch and be as close as we are, but I think on the ice it’s just that chemistry we kind of have. We are clicking right now.”

San Diego looks to make up some ground with this Pacific Division clash. Tucson is currently in fourth place in the division, five points ahead of the Gulls. After a fast start to the season, they’ve traded wins and losses over their last seven games. Gulls assistant coach Kris Sparre noted the hard-nosed style Tucson brings into the matchup.

“I think they play a really aggressive style,” he said. “They have an element of grittiness to their game and I think that is a part of their success for sure.”

Goaltender Lukas Dostal will need to continue his stellar play and help lead the Gulls’ defense against this strong Tucson team. In his last nine games, the 22-year-old netminder posted a 1.93 goals-against average (GAA) and a .943…