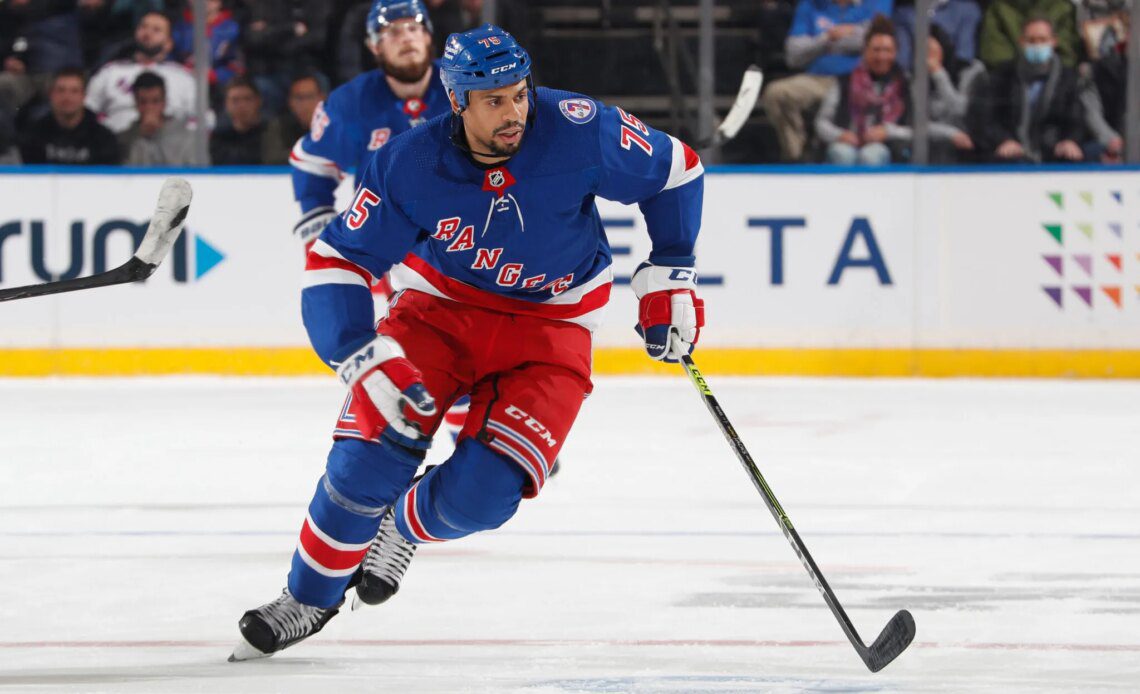 Ryan Reaves was beloved by his New York Rangers teammates. Ultimately, though, the veteran forward became a luxury the club could no longer afford.

The Rangers traded Reaves to the Minnesota Wild for a 2025 fifth-round draft pick Wednesday, doing away with Reaves’ $1.75 million salary-cap hit in a transaction that will create desperately-needed space ahead of the March 3 trade deadline.

Reaves had fallen out of the lineup rotation, as he was a healthy scratch for seven of the last eight games. The 36-year-old’s agent had reportedly asked for a trade earlier this week as it had become clear that his time in a Blueshirt was likely to be very limited going forward.

Reaves’ arrival last offseason in a trade with the Vegas Golden Knights was part of general manager Chris Drury’s attempt to toughen up the roster in his first full season in charge, reuniting Reaves with former Knights coach Gerard Gallant. The 6-foot-2, 225-pounder delivered, bringing swagger, edge and an intimidation factor that had long been missing from the Rangers. In addition, his leadership, especially for a group of young players who looked up to him, proved invaluable. Reaves’ needling, jokester personality also brought energy to a club desperate for it.

Reaves’ fearsome forechecking added another dimension that the club badly needed, as he totaled 279 hits in 2021-22, many of the teeth-rattling variety. Yet it became obvious this season that Reaves wasn’t providing nearly enough impact at an advanced hockey age, with ugly metrics confirming what the eye test showed. He had been supplanted at the fourth-line right-wing spot by Julien Gauthier, who brings more speed and skill.

Given the Rangers’ tight cap situation, the salary of Reaves, to whom Drury gave an extension through this season, became unworkable. The Blueshirts, who have been carrying a 23-man roster, had almost no room to maneuver when it came to injuries. More importantly, they weren’t going to be able to make significant moves to improve the team. With Reaves’ cap hit off the books, the Rangers are on pace to accrue $6.7 million of space leading up to the March 3 deadline, which would put them in play to acquire someone like Chicago Blackhawks star Patrick Kane, should he become available.