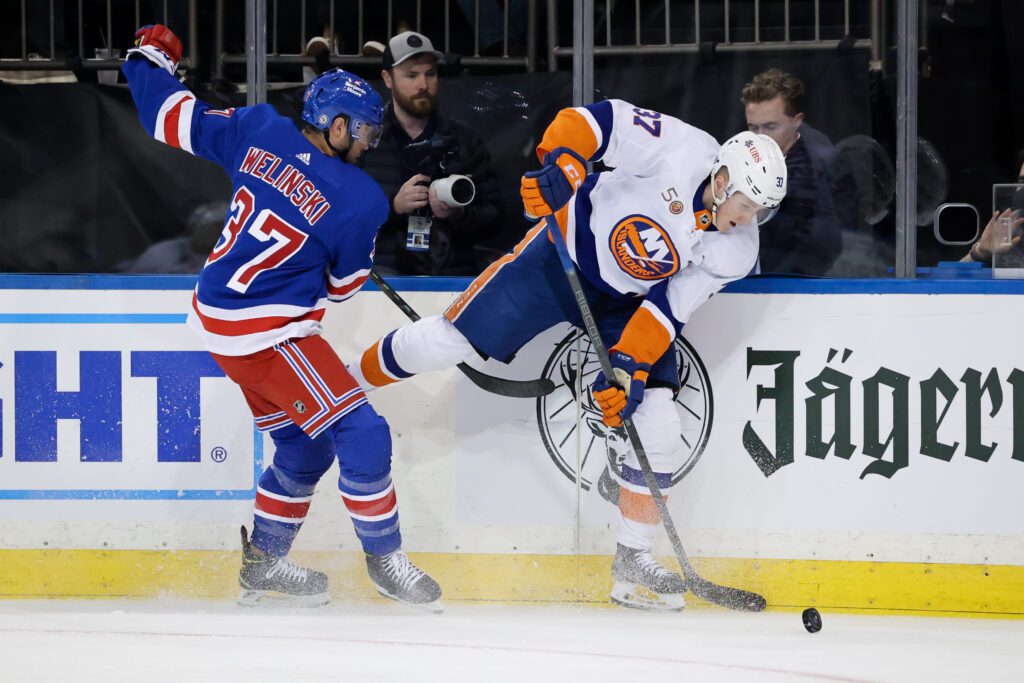 The New York Islanders have announced that forward prospect Simon Holmstrom has been recalled from their AHL affiliate, the Bridgeport Islanders.

This move comes due to the fact that veteran winger Kyle Palmieri is out day-to-day with an upper-body injury.

This recall puts Holmstrom, the team’s 2019 first-round pick, in a position to make his NHL debut. The 21-year-old Swede is a big, speedy forward who has been developing at the AHL level since he was drafted by the Islanders.

In his rookie campaign in North America, handling the AHL seemed too tall a task for Holmstrom. He scored just 15 points in 46 games and struggled to make a consistent nightly impact.

Those scoring woes persisted through the pandemic-interrupted 2020-21 campaign, but last year Holmstrom seemed to find his groove. In 68 games he scored a healthy 12 goals and 43 points, putting him in a position to earn a call-up for the first time in his career.

That call-up didn’t come last year, but tonight it’s finally come after he’s spent fifteen additional games in the AHL. He has five points in 15 games so far this year and will look to impress Islanders brass and hope to earn consideration for a more lasting role on the team beyond being an injury fill-in.

The loss of Palmieri, 31, is not an insignificant one. The veteran winger is a trusted secondary scorer for coach Lane Lambert, and while his six goals and nine points don’t jump off the page, they place him just outside the team’s top-five scorers.

While the team will undoubtedly appreciate getting a look at Holmstrom next to franchise pivot Mat Barzal, the Islanders are likely hoping that Palmieri’s absence is a brief one.