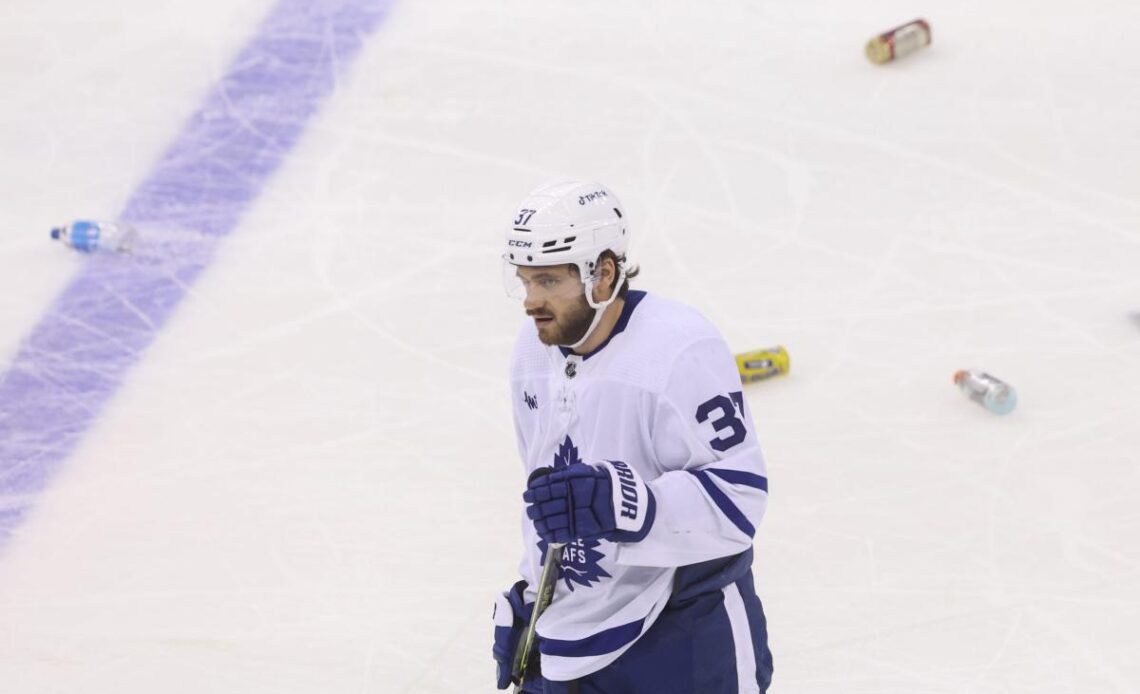 The New Jersey Devils put four pucks into the net Wednesday night at home, more than enough to keep their winning streak alive.

But three of those goals were disallowed, and the Devils fell 2-1 to the Toronto Maple Leafs to end their run at a franchise-record-tying 13 games.

The first goal was waved off because New Jersey’s Nathan Bastian interfered with Toronto goalie Matt Murray. The second didn’t count, also because of goalie interference, because Tomas Tatar had knocked over Murray. On the third one, Erik Haula kicked at the puck in the third period and it went into the net off a Maple Leafs player.

NEVER MISS A MOMENT: Subscribe to our Sports newsletter now!

Devils fans had enough after the third disallowed goal, throwing trash onto the ice and sending the Maple Leafs to the dressing room for safety. Haula pleaded with fans to stop.

After play resumed, Devils defenseman Dougie Hamilton scored a goal that counted. But New Jersey couldn’t get the equalizer past Murray (34 saves) to lose for the first time since Oct. 24.

“It’s definitely frustrating, 100 percent, but nothing we can do,” Devils captain Nico Hischier said. “The refs made the calls, but there’s nothing going to change it so we’ve got to stick with it and I think we did a good job with it and came up short.”

It was a tough night for the NHL’s hottest teams. The Boston Bruins (5-2 loss to the Florida Panthers) and St. Louis Blues (6-2 loss to the Buffalo Sabres) saw their seven-game winning streaks end.