Milano, Ovechkin wake up Capitals’ offense in time for OT win over Flyers 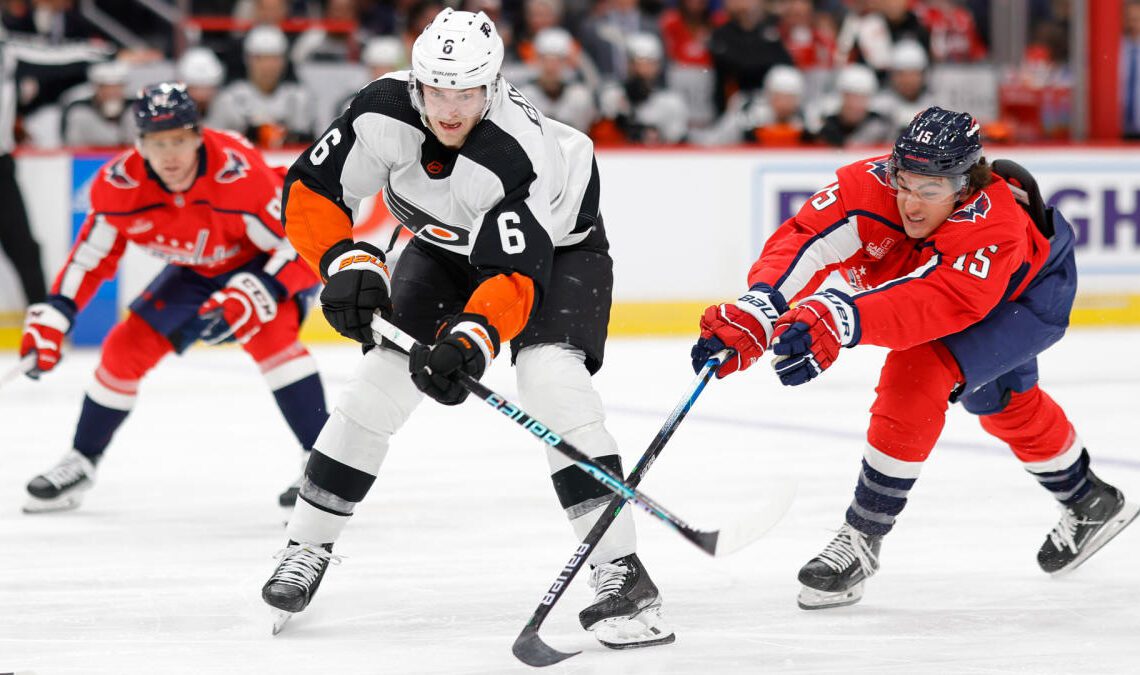 WASHINGTON — If the Capitals were going to turn around their season, Wednesday’s game against the Philadelphia Flyers was the place to start.

Coming off one of the toughest blocks of their schedule — a nearly month-long stretch without consecutive days off and the extended absences of multiple key players — the Capitals got three days to regroup before facing the team right in front of them in the Metropolitan Division standings. A matchup with the struggling Flyers proved to be a battle but the Capitals pulled off a 3-2 overtime victory to snap their four-game winless streak.

The home team was three minutes away from going into Thanksgiving with their fifth-straight loss, but winger Sonny Milano scored the game-tying goal on a breakaway with 2:58 to play and Alex Ovechkin delivered the overtime winner to complete the comeback. Winger T.J. Oshie chipped in with two assists in his first game back from injury and goalie Darcy Kuemper nabbed the win.

Here are three takeaways from the Capitals’ victory over the Flyers.

The Flyers rolled out a depleted lineup for Wednesday’s game that included five players who had yet to register a point this season. Center Travis Konecny, their leading goal-scorer, and star Sean Couturier, who’s on LTIR, were among the Flyers absent from the bench when the puck dropped at Capital One Arena.

From a personnel standpoint, it was one of the easier matchups Kuemper has seen this season. The group came out playing the fast, scrappy style head coach John Tortorella instills in his teams and got on the board first with a shot by center Morgan Frost that deflected off Kuemper’s shoulder and bounced through.

After the Capitals tied the game midway through the first, the game went without a goal until the 14:33 mark of the second when defenseman Ivan Provorov fired a shot that deflected off the skate of center Patrick Brown — one of the players who hadn’t recorded a point — and through Kuemper’s pads.

Kuemper finished with 21 saves on 23 shots including seven high-danger chances, all in all not a bad night from a statistical perspective. It was enough to keep him…