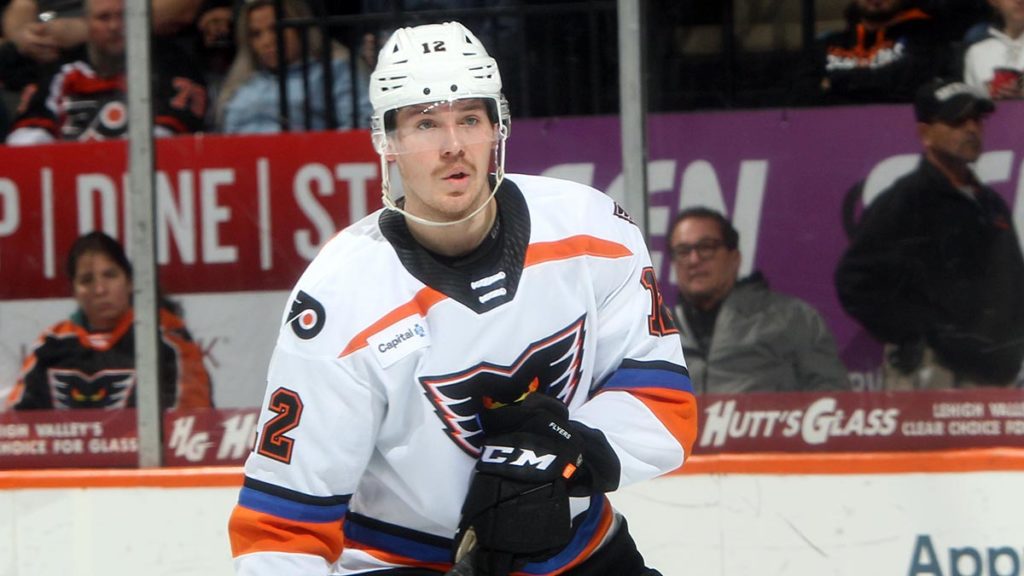 Fortunately for Attard, he prepared all summer for what awaited him come September. He was ready.

“You hear a lot of stories from guys about past training camps [with Tortorella], but you don’t really know what to expect,” Attard said Tuesday following practice with the Lehigh Valley Phantoms.

“It was my first camp, but it was definitely one of the toughest things I’ve gone through in my hockey career. Just a lot of skating, a lot of hard work. You’re always under the microscope, but it was a lot of fun. There’s a great group of guys, too, so it was just kind of cool to go through that together and just battle it out every day.”

Attard even broke camp with the Flyers, sticking around long enough to be on the NHL club’s opening-night roster before eventually heading to Lehigh Valley to begin his rookie season in earnest. The 23-year-old defenseman departed Philadelphia happy with his performance. Happy too were the Flyers, who had selected Attard in the third round of the 2019 NHL Draft. He went on to skate three seasons at Western Michigan before turning pro last April and registering his first 15 NHL contests to close out 2021-22.

“The message was to just go get games in and get some more reps,” Attard said of his assignment to the Phantoms. “They said I had a good camp.”

Attard was named the National Collegiate Hockey Conference’s best offensive defenseman in both 2020-21 and 2021-22, and was an NCAA West First Team All-American. His 36 points (13 goals, 23 assists) in 39 games ranked third among all defensemen in the nation last season, and he found a steady home in the defensive rotation with the Flyers as they played out the stretch in April, including a career-high 21:34 of ice time in his final game of the season.

But Tortorella’s arrival, combined with the Flyers’ sinking to 29th in the NHL last season, made for considerable uncertainty for much of the organization’s playing talent, and certainly its prospects. Little is guaranteed for anyone, and with a 7-8-4 record in Philadelphia, there is still a lot of work to do. Jobs are available for the right candidates, and everyone is on notice as…