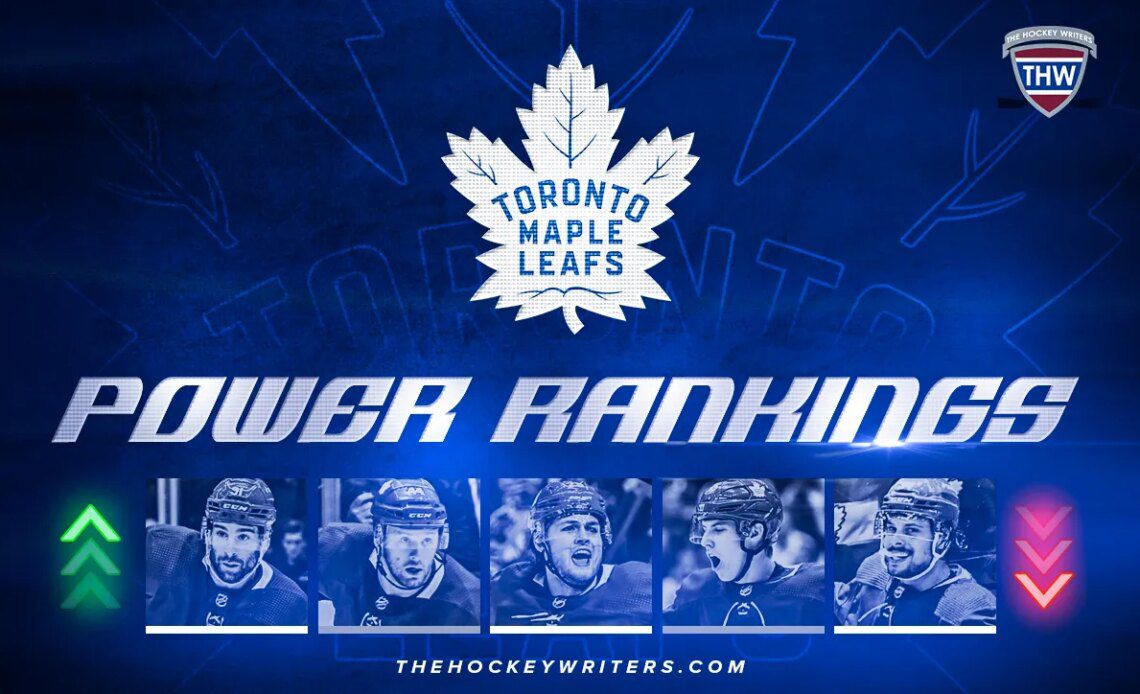 With the rocky start to the season for the Toronto Maple Leafs, there have been a number of players on the team who’ve carried their weight both offensively and defensively and some that have been underwhelming to start the year.

Different players have stepped into different roles and while head coach Sheldon Keefe tosses the lineup in the blender from time to time, there have been a number of standouts recently that seem to be eating up their opportunities for the Maple Leafs.

With that, here’s a look at our most recent venture surrounding the club, a weekly power rankings of the team’s top performers based on what they’ve provided the Maple Leafs.

Washed up and overpaid — that’s what the doubters were saying about John Tavares before the season even started. Fast forward to 20 games into the season and he’s been the most consistent Maple Leafs player to start the year.

He leads the Maple Leafs in goals and sits second on the team in points just one point back of Mitch Marner’s 23. He has 22 points in 20 games and is on pace for a career-year offensively. Most notably, however, might be his opening goal against the Penguins on Nov. 15 which gave the veteran his 400th career NHL goal.

He has four points in his last two games and over the past week has a win-loss record in the circle of 27-20 for a win percentage of 57.4 percent. He’s seen the lowest average ice-time this season of his career at just over 17 minutes per game and has got more involved physically with 11 hits over his last five games.

The production might drop off a bit, but Tavares has come to play this season and that’s quite evident thus far.

He’s had maybe one of the rockier starts to the season and, still, Marner leads the way for the Maple Leafs offensively with 23 points in 20 games to start the year.

The 25-year-old is on a 13-game point streak with three goals and 18 points over that span and has shown that he can play up and down the lineup with Keefe swapping the top two lines over the past few games.

Marner’s averaged just under 22 minutes per game this season which is second on the Maple Leafs behind only Morgan Rielly and while some of his passing decisions have been scrutinized, Marner has continued to produce at a top-end rate.

The one question mark is that…