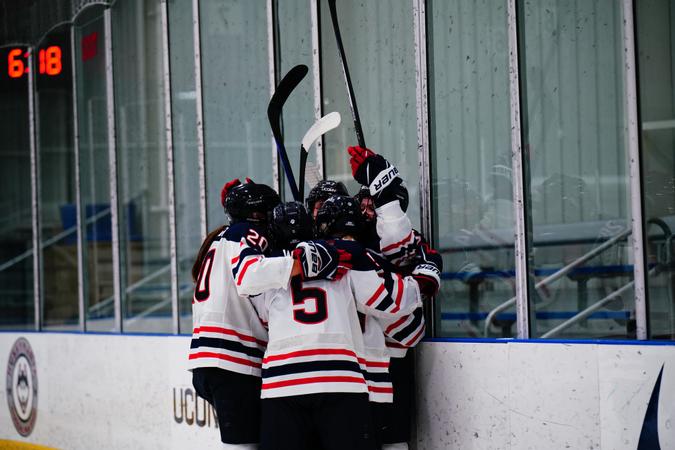 Storrs, Conn. – The University of Connecticut women’s ice hockey team prepares for the Nutmeg Classic in Hamden, CT starting on Friday, Nov. 25 through Saturday, Nov. 26. The Huskies take on Sacred Heart on Friday at 6 p.m ET.

The Huskies are coming off an 0-2 home and home series last weekend against Boston University. UConn is now ranked No. 15 in the national poll. They currently stand at 10-6-2 overall and 6-6-2 in Hockey East play. Leading the way for UConn are Jada Habisch and Coryn Tormala. They combine for 12 goals, 12 assists, and 24 points on the season.

Quinnipiac is 12-1-0 overall and coming off a 5-2 win last Saturday against St. Lawrence. Guiding the way for the Bobcats is Shay Maloney with nine goals, nine assists, and 22 points.

Bemidji State is 3-12-1 overall and coming off an 0-2 home and home series against No. 1 ranked Ohio State. Last game, Callie Forsberg got one in the back of the net against the top ranked opponent, but the Beavers came up short in the two-game series.

Sacred Heart is 5-9-1 overall and coming off a 3-1 win against Post University on Tuesday. Leading the way for the Pioneers is Delaney Mackay as she has put up eight goals, four assists, and 12 total points on the season.