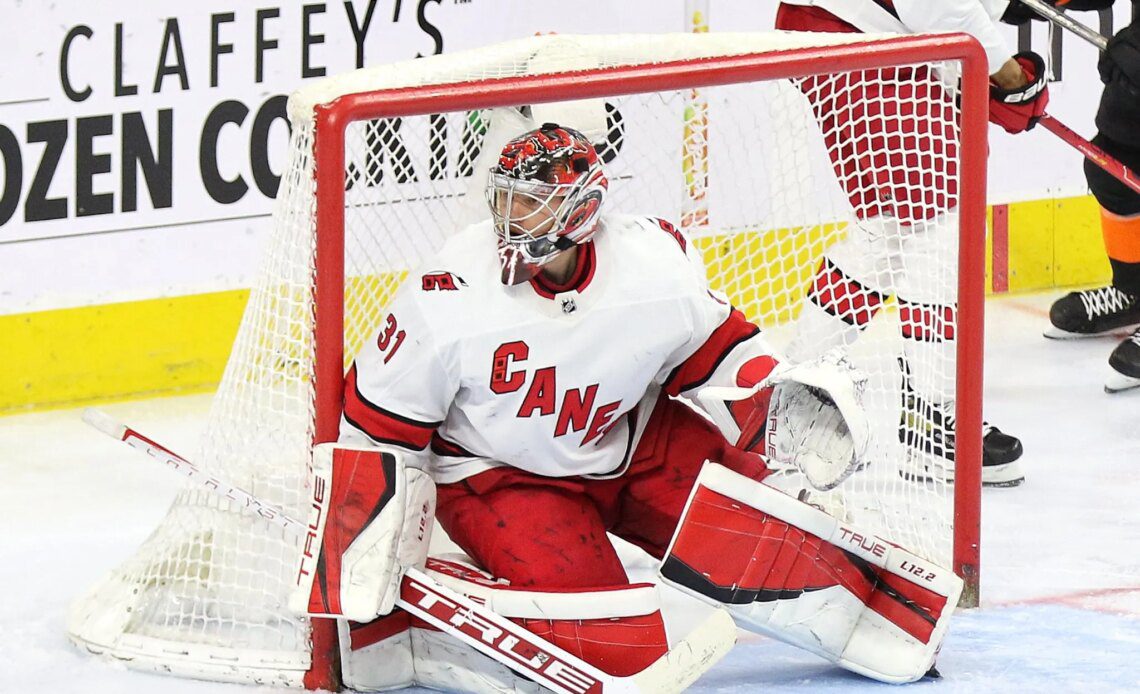 The Carolina Hurricanes announced Wednesday that they have extended goaltender Pyotr Kochetkov with a four-year contract worth $8 million, for an average annual value (AAV) of $2 million.

Kochetkov, who started the year with the Chicago Wolves in the American Hockey League (AHL), has been filling in for Frederik Andersen while the team’s starting goaltender is out with an undisclosed injury. In his four games for the Hurricanes this season, the 23-year-old netminder has a save percentage (SV%) of .914, and a goals-against average (GAA) of 2.00. His numbers are very similar with the Wolves in the AHL, and management clearly believes he will be a valuable asset for years to come.

The Hurricanes have had some goaltending issues this season, and Kochetkov seems to be fixing some of these issues. The consistency with his game is something the Hurricanes have been searching for. With a career record of 5-0-2, SV% of .909 and a GAA of 2.16, there is certainly some bright spots, even after transitioning from the bigger surface in Russia.

Antti Raanta and Andersen are a bit of a risky duo, and both are unrestricted free agents after this season. The Hurricanes are clearly going to look at bringing at least one back. There is a solid case to be made for each goaltender, and it will be one of the biggest decisions the team has, as they will still be looking towards contending for the Stanley Cup next year.

Andersen, who finished fourth in Vezina Trophy votes last year, seems like the easy pick, but the more you look, the more you question. Andersen’s start to the year was shaky. Before going down with the undisclosed injury, potentially connected to his MCL injury at the end of last year, he had a record of 5-3-0 but had a .891 SV% and 2.72 GAA. These numbers need to be better if the team is depending on him to take them deep in the playoffs.

Raanta has been the backup goaltender but has been more consistent than Andersen. With seven games played, Raanta has a .902 SV% and 2.53 GAA. These are okay numbers, but the Hurricanes are hoping for a bit better than that. He has had some fantastic games, where he is the only positive takeaway from the game, but he still isn’t quite as consistent as the team needs.

Both of these goalies have shown that they can be phenomenal. They are…