How Blues have turned their roller-coaster season around 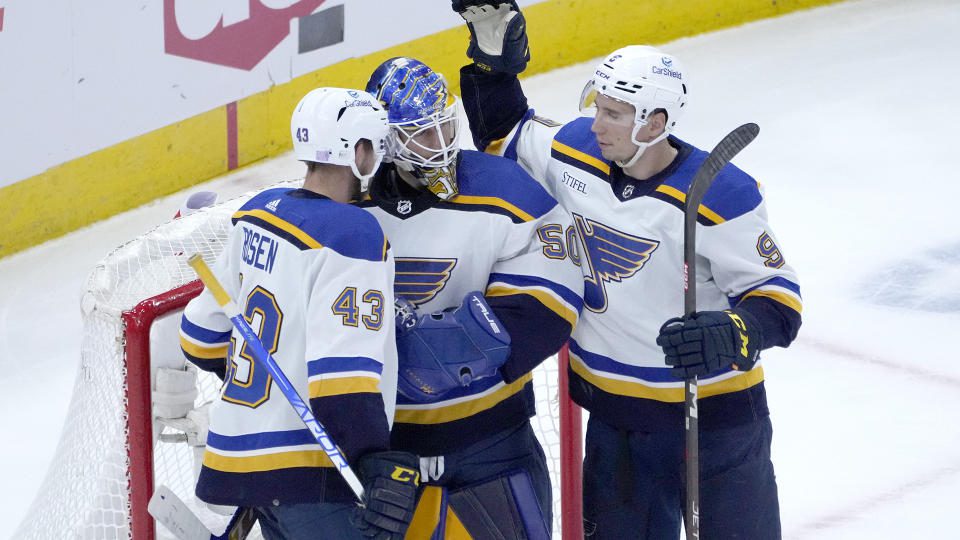 We’re at the point of the season where we can no longer hide behind small sample sizes, so it’s evident the St. Louis Blues are taking us all on a rollercoaster ride.

St. Louis has been the most erratic team in the league, simply incapable of having an average week. Through the opening weeks of the new campaign, the Blues dug themselves into quite a hole, then rocketed through the ground like a molten explosion on a seven-game winning streak.

As a result, the Blues are now in the record books, carrying the longest winning streak following a losing skid of eight or more games.

“It seems like one of those stats that you just call a stat and make it up because you are short of information on the day,” Blues defenseman Justin Faulk said to The Athletic’s Jeremy Rutherford about the dubious record

How did we get here, and what accounts for the Blues’ good fortune? We have to start with Jordan Binnington.

Binnington was awful at the beginning of the year and when we last checked in on the Blues, he was sporting a -3.8 goals saved above expected, the eighth-worst total in the NHL on Nov. 4. Maybe it just took a little while for Binnington to hit his stride — and we’ve seen this before, during the Blues’ 2019 title run — as he’s been one of the NHL’s best goalies over the past three weeks, allowing fewer than two goals in each of his past five starts, all contributing to the winning streak.

And while it usually takes all three components of a team to go on a seven-game heater, Binnington has been the team’s MVP as the Blues are still getting badly out-possessed with a minority share of the expected goals at 5-on-5. St. Louis has allowed the seventh-most shot attempts in the NHL at even strength, so there’s ample reason to believe that after his slow start, Binnington is the primary reason for the turnaround. Binnington’s 2.7 goals saved above expected is now the 15th-best total in the NHL, per MoneyPuck, steadily ascending through the charts.

Darren Pang, a former NHL goaltender who now works for the Blues’ broadcast, explained Binnington’s recent form to The Athletic on Nov. 21.

​​“Yeah, he’s sprinkling in superlatives is what he’s doing,” Pang said. “That’s what you get in the playoffs. You’re supposed to stop the ones that are stoppable and then you’ve got to sprinkle in maybe three unbelievable saves per game, that you have no business stopping. The six-on-three save that he made on (Cale) Makar,…