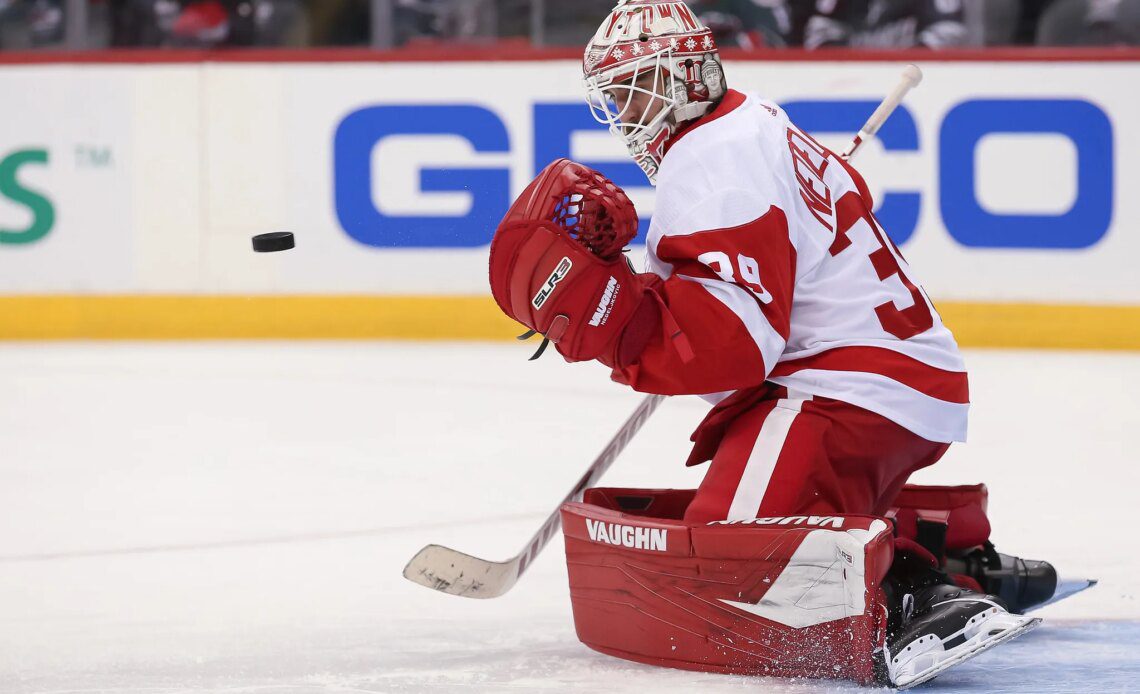 So what’s wrong with Nedeljkovic? Why is he struggling while Ville Husso is thriving? Let’s dig in and find out.

You can tell a lot about a goalie by the goals they allow. With this in mind, I rewatched the tape of all 26 goals Nedeljkovic has let in this season and categorized them by shot difficulty:

Through six games, Nedeljkovic has allowed eight bad goals, four medium goals, six difficult goals, and eight no chance goals. The amount of bad goals is concerning – and they’re costing the team. If you take them away, the Red Wings would likely have a couple more wins this season.

In addition, three common themes stuck out when reviewing the tape.

First, rebound control has been an issue for Nedeljkovic. There have been a handful of times when he should have trapped the puck or deflected it safely into the corner, only to kick it out into the slot. This causes the defense to scramble and gives opponents a prime opportunity to bury the rebound, as was the case with this goal:

Nedeljkovic should have trapped the initial shot from the point – he saw it all the way and it rebounded into a dangerous area. Instead, Chicago gained possession and quickly scored while Detroit’s defense fell apart.

Second, Nedeljkovic has been slow to react on several occasions. It’s almost as if he’s tracking the shooter and not the puck itself.

There have been multiple times when Nedeljkovic gave up goals on low-danger wristers from the top of the circles. He had clear sight lines and had plenty of time to react, but didn’t get in front of the puck quick enough, like with the goal below: