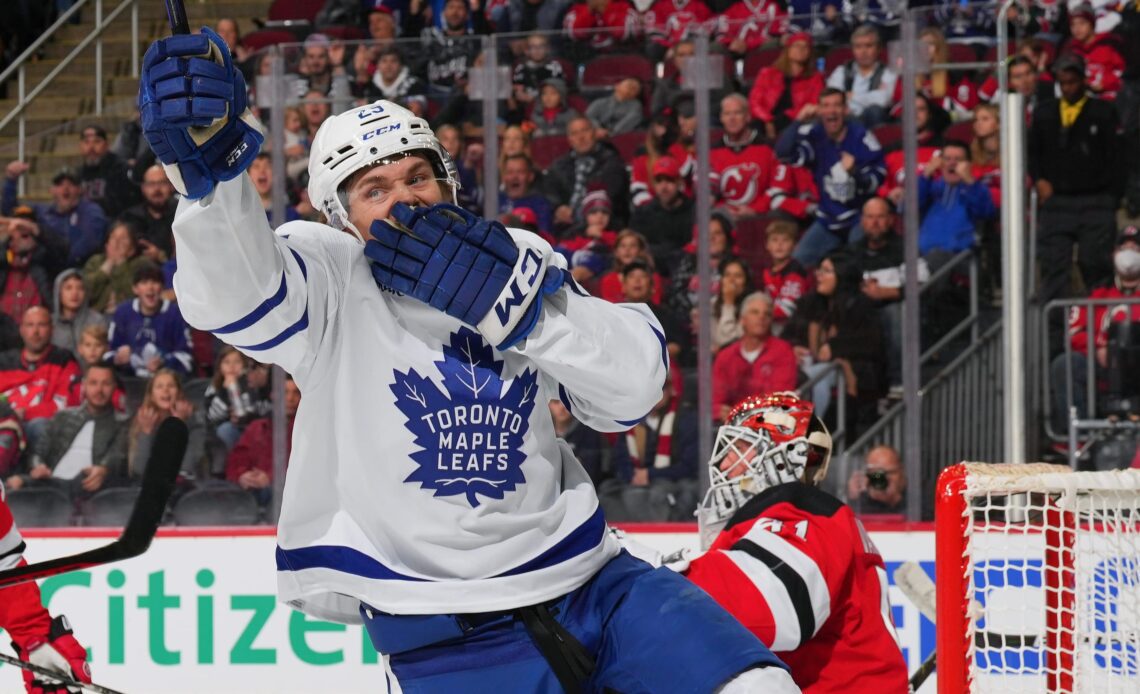 Matt Murray made 34 saves and the Devils’ franchise-record tying 13-game winning streak came to end Wednesday night as the Toronto Maple Leafs won 2-1 in a game in which New Jersey had three goals disallowed.

John Tavares and Pontus Holmberg scored first-period goals as Toronto became the first team to beat the Devils (16-4) since Washington knocked them off on Oct. 24.

Defenceman Dougie Hamilton scored a good goal on a tip in front with 5:08 to play to bring the sellout crowd at the Prudential Center back into the game.

Murray made a half-dozen saves in the final minutes, stopping Jesper Bratt, Jack Hughes and Nico Hischier twice on good chances to preserve the win.

The Devils’ winning streak tied for the fifth-longest in NHL history and was four games shy of the record set by Mario Lemieux and the Pittsburgh Penguins in 1993. New Jersey’s other 13-game run was in 2001.

Pontus Holmberg scored his first NHL goal and it turned out to be the winner as Toronto snapped New Jersey’s thirteen game winning streak with a 2-1 win.

The Devils didn’t have any luck against Toronto, also hitting two goal posts. They had goals by Nate Bastian and Damon Severson waved off in the first and second periods, respectively, for goaltender interference. A short-handed tally by Erik Haula was overruled by officials because he kicked the puck into the net. The fact the puck hit off the stake off a Maple Leafs’ player did not alter the ruling.

Murray was outstanding, particularly in the final 40 minutes, stopping 29 of 30 shots.

Mitch Marner did all the work in setting up Tavares’ 12th goal of the season. He outworked Hamilton and Jonas Siegenthaler along the boards and behind the net and found the Maple Leafs captain in front for a quick shot that beat Devils goaltender Vitek Vanecek at 11:41.

Less than three minutes later, Maple Leafs defenceman Rasmus Sandin closed from the point to keep the puck in the Devils zone. It slid to Holmberg and he beat Vanecek for his first NHL goal at 14:03.

With Morgan Reilly out with a knee injury, Toronto acquired defenceman Conor Timmins from the Arizona Coyotes on Wednesday for forward Curtis Douglas.