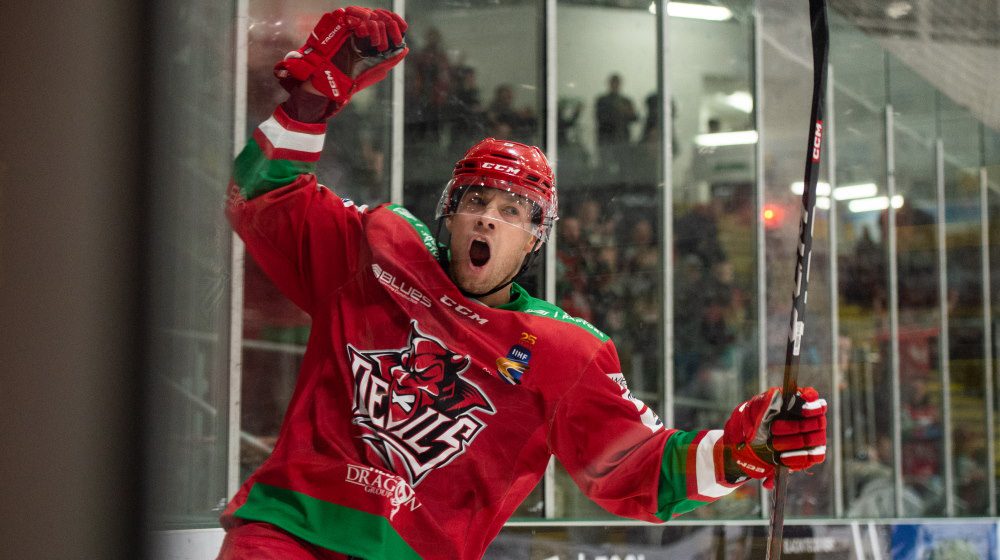 Aside from Europe, the Devils also have an eye on domestic success. Cardiff is currently fourth in the Elite League, with games in hand on table topping Guildford Flames as it bids for a first championship since 2018. The team is also looking to return to the Challenge Cup final after finishing runner up in that competition last season and will hope to defend its Playoff trophy at the end of the current campaign.

Then there are international ambitions. Davies is one of several GB internationals on the Devils roster and his game-winning goal against Angers Ducs is not the first crucial marker he has scored on French opposition. Fellow Brits include goalie Ben Bowns, back at the club after playing in Europe for a couple of years, captain of club and country Mark Richardson, and Sam Duggan, one of the most exciting home-grown forwards emerging through the national program. European experience here can only help with preparations for a Division IA World Championship campaign in Nottingham in April.

“It helps both ways,” Davies said. “We have a few GB players on the team here, so we’ve experienced some different European hockey nations. We’ve seen how they play differently from us in the past.

“And hopefully playing here and in the next round will mean that we can hit the ground running with GB when we meet other countries there.”

If Davies’ fondness for his hometown club is not surprising, the continued presence of a clutch of long-serving players says much about the loyalty that the Devils inspire. Bowns and Richardson have both spent the bulk of their careers in Cardiff after moving from elsewhere in Britain, while Canada’s Joey Martin is a long-serving import who has made himself at home in the club and the city.

“It’s a professional organisation, they do things the right way,” Davies said. “They work hard for us and they expect us to work hard day in day out. That’s why guys want to come back.

“Then there’s the city, I’m biased because it’s my home, but it’s a brilliant city and our fanbase is brilliant. It’s a great place to live, people are friendly. There’s an awful lot of positives.”