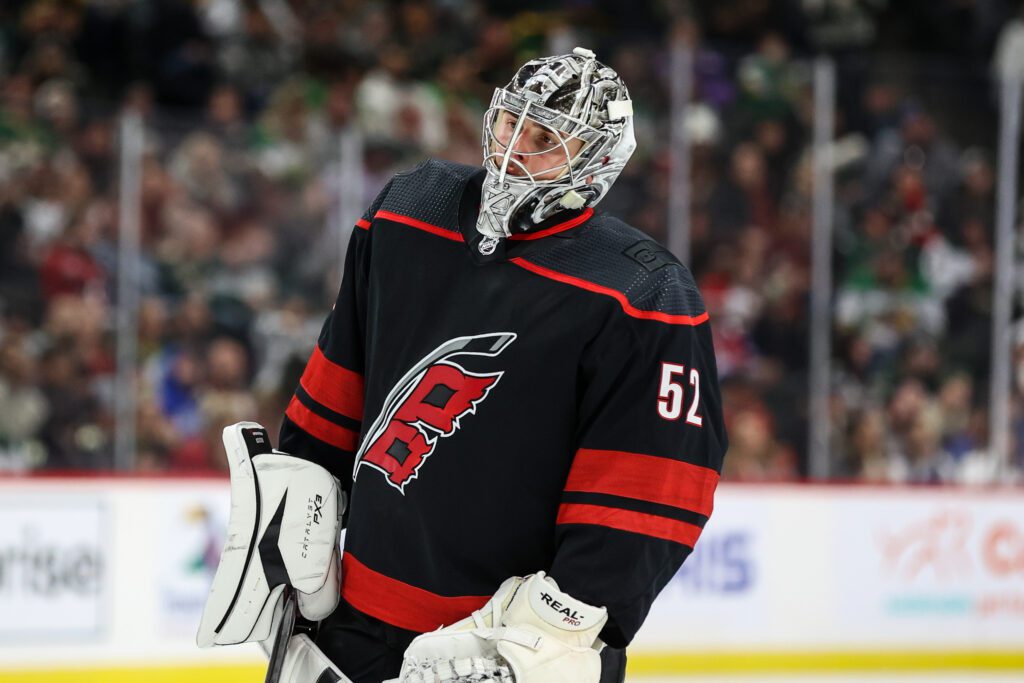 The Carolina Hurricanes may just have found their goaltender of the future. The team has announced a four-year extension for Pyotr Kochetkov that will keep him under contract through 2026-27. The deal carries an average annual value of $2MM, and will take him to unrestricted free agency. General manager Don Waddell released a statement:

Pyotr has been extremely solid for both Carolina and Chicago since coming to North America last season. We believe he has a bright future in our crease, and we’re excited to watch him as he continues to grow as a person and player.

Kochetkov, 23, was a second-round pick of the Hurricanes in 2019 (36th overall) and experienced great success as a young player in the KHL before coming to North America. In his first full year on this side of the pond, he posted a .921 save percentage in 15 games for the Chicago Wolves and then helped them to a Calder Cup championship, going 5-1 in the playoffs with a .950. He formed an almost unbeatable tandem with veteran netminder Alex Lyon, winning a title with the Wolves in just his first season here.

He also made his NHL debut last year, and ended up playing for the Hurricanes in the playoffs when Frederik Andersen and Antti Raanta went down. Injuries to those goaltenders are common occurrences, and Kochetkov has been forced into NHL duty again this year. More prepared this time around, he has a .914 save percentage in four appearances, allowing just eight goals on 93 shots.

With Raanta and Andersen both scheduled for unrestricted free agency in the summer, locking up Kochetkov now means the team will have at least one goaltender they trust in the mix. Whether they bring back one of the veterans to pair with him is unclear at this point, especially as Andersen deals with another rather mysterious injury.

If he can show the ability to perform at a high level in the NHL, a $2MM cap hit will look like an incredible bargain for a team that is poised to compete for the Stanley Cup. It likely leaves the team room to pair him with another capable netminder, though there are some big extensions coming down the pipe for Carolina. Sebastian Aho, Martin Necas, Brett Pesce, and Teuvo Teravainen all need new contracts by the 2024-25 season, meaning funds could be tight down the road. A $2MM deal essentially ensures that Kochetkov will be on the roster – what role he plays is still to be determined.