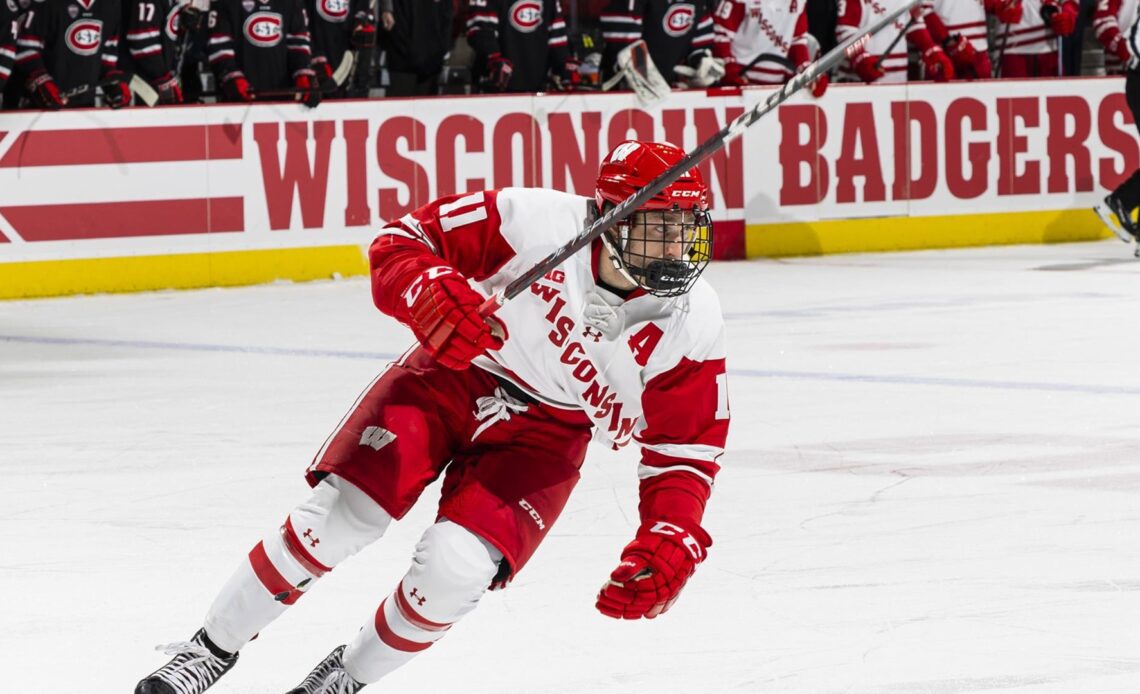 • The Thanksgiving Holiday brings a break in conference action as six Big Ten teams engage in nonconference action. Penn State led off the week by hosting Alaska Fairbanks Tuesday evening in a series that continues tonight. Notre Dame and Ohio State travel to the east coast with the Irish taking on Boston University and Boston College and the Buckeyes meeting Long Island. Michigan will host Harvard, the lone undefeated team in college hockey, while Michigan State faces Miami (Ohio) in Oxford. Minnesota heads to the desert to encounter Arizona State at the brand new Mullett Arena. Wisconsin, winners of four-straight, is idle this week.

• The Big Ten owns a .766 winning percentage (35-10-2) against other conferences (and independent teams), the best percentage among all leagues. Penn State is undefeated against nonconference opponents with a 7-0 mark after defeating Alaska Fairbanks, 3-2, last night in University Park.

• Minnesota moved into first place in the Big Ten standings with a road sweep at Michigan on Nov. 17-18. Head Coach Bob Motzko’s squad has won six of seven games, all against ranked teams. Michigan skated without five players in the series due to illness while Minnesota was also missing some key players. The Big Ten features three teams among the NCAA’s top-five in scoring offense, with Michigan (1st, 4.14 goals per game) and Minnesota (5th, 3.86) in that group along with Penn State (4th, 3.93).

• Special teams often decide games and the Big Ten has some of the best units in the land. Michigan ranks second among NCAA schools in power play percentage, operating at a 31.7 percent clip (20-for-63). On the flip side, Ohio State’s penalty killing units have gone 50-for-54 for a 92.6 percentage that stands second-best nationally. The Buckeyes also lead the nation with six short-handed goals, resulting in the rare…