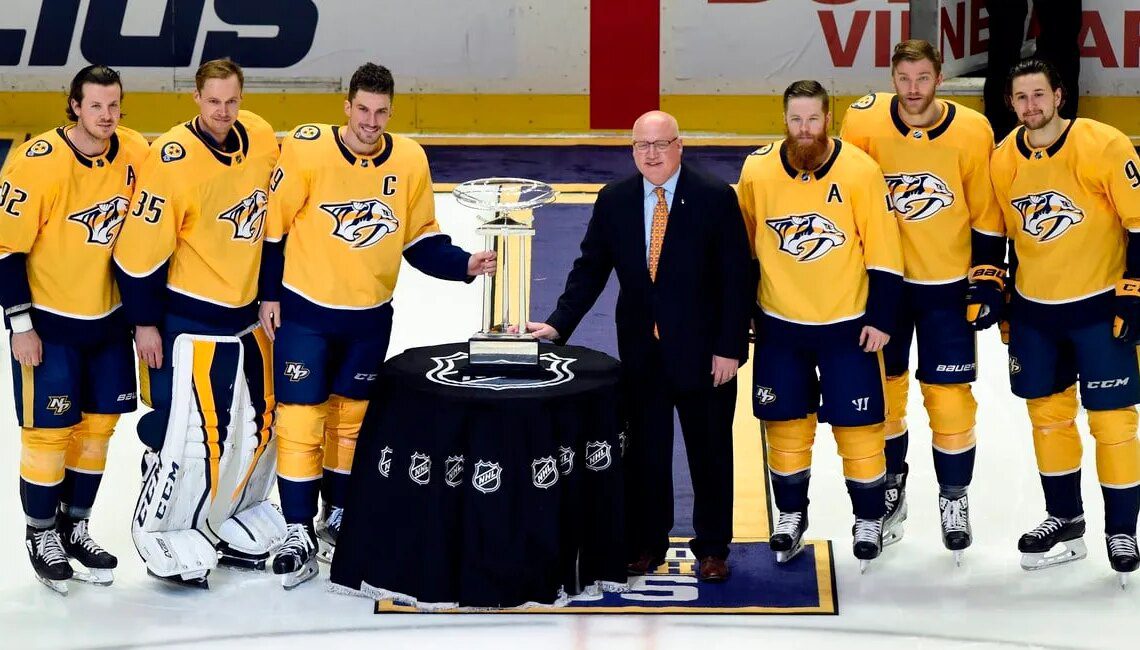 The NHL awards the Presidents’ Trophy to the team with the most regular season points each year. While it is a very impressive feat, the reward is simply a picture with the trophy and a banner raised to the rafters of the team’s home arena. Over the past few years, there has been more and more discussion surfacing about whether or not there should be a more rewarding motivation to win it.

Teams in the NHL need a new reason to play for the trophy. If anybody reading this is superstitious, you will likely be in favor of adding a bigger reward, as the Presidents’ Trophy seems to have a bit of a curse when it comes to the playoffs. Since the 2004-05 lockout, the trophy has been awarded 17 times. Here is how the teams have faired after winning it:

The second round hump seems to be the biggest hurdle in the playoffs among the Presidents’ Trophy winners. So, instead of awarding a banner to these teams, here are a few ideas that could make the trophy more appealing to win.

The biggest benefit for any team would be to carry some momentum into the playoffs after winning the Presidents’ Trophy. If the winner could choose their first round opponent, they may be more inclined to push in those final games of the season.

Currently, the team that wins the trophy plays the second wild card team in their conference. Due to the wildcard playoff format, it may be a bit tougher to figure this one out, but I think it is definitely possible. The top three teams in the Atlantic (A1, A2, A3) and Metropolitan (M1, M2, M3) Divisions are guaranteed to make the playoffs, along with the two wildcard spots (WC1, WC2).

Using the 2021-22 season as an example, the first-time Presidents’ Trophy-winning Florida Panthers were matched up with the Washington Capitals, who were in the WC2 position. Let’s say the Panthers wanted to play the Pittsburgh Penguins, who were in the M3 position. The New York Rangers, M2, would then be without an opponent, and the Capitals would also need a new matchup. With the M3 spot open, we could have the WC1 team move into the M3 slot, and WC2 move into WC1. This would mess some…