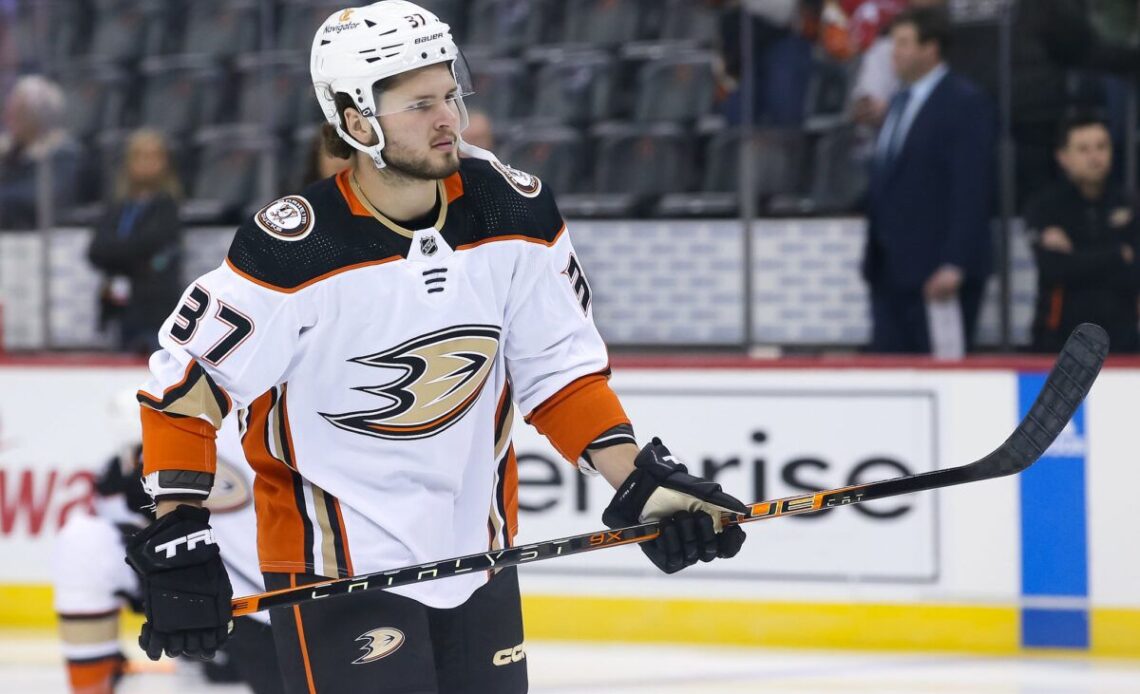 Yes, the Anaheim Ducks still have yet to win in regulation through 19 games, one away from tying the all-time record. Yes, their goal differential is a league-worst minus-32 and they have the worst point percentage in the league by a fair margin. But, there are still things that Ducks fans can be thankful for this Thanksgiving. Here are three of them.

The reason the Ducks have been able to keep themselves in games on many occasions has been due to the performances of two of their best players in Trevor Zegras and Troy Terry. Both players entered 2022-23 on the backs of breakout performances during the 2021-22 season.

Zegras scored 23 goals in his first full NHL season and was named a finalist for the Calder Trophy, finishing second to the Detroit Red Wings’ Moritz Seider. Meanwhile, Terry became the first Ducks player since Rickard Rakell in 2017-18 to score 30-plus goals, potting 37.

The pair are the straw that stirs the drink when it comes to getting things going offensively for Anaheim, as they lead the team in goals, assists, and total points. Zegras paces the club with two power play goals and Terry has used his added bulk and strength to draw plenty of penalties. Without them, the seemingly anemic offense would be even worse off.

Ducks’ Future is Bright, Just Hold On a Little Longer

The Ducks have a young core in the works with Zegras and Terry leading the pack. Players like Mason McTavish are presumably part of that core and the forward has been able to get a better feel for the NHL this season after his nine-game audition last season.

He’s found himself shifted up and down the lineup, going from second-line winger to fourth-line center. It’s assumed that one day McTavish will be the No. 2 centerman behind Zegras. Whether that will come into full effect this season remains to be seen, although he has already centered the second line on several occasions with offseason addition Ryan Strome sliding over from his natural center position to the wing.

There’s no doubt that McTavish has the skills to be a mainstay in the top-six. He’s currently tied for third on the team in assists and his performance at the World Juniors this past summer also shows what he’s capable of.

Further down the pipeline are a pair of high-octane defenders in Pavel Mintyukov and Olen Zellweger. Mintyukov, who was drafted 10th overall in…