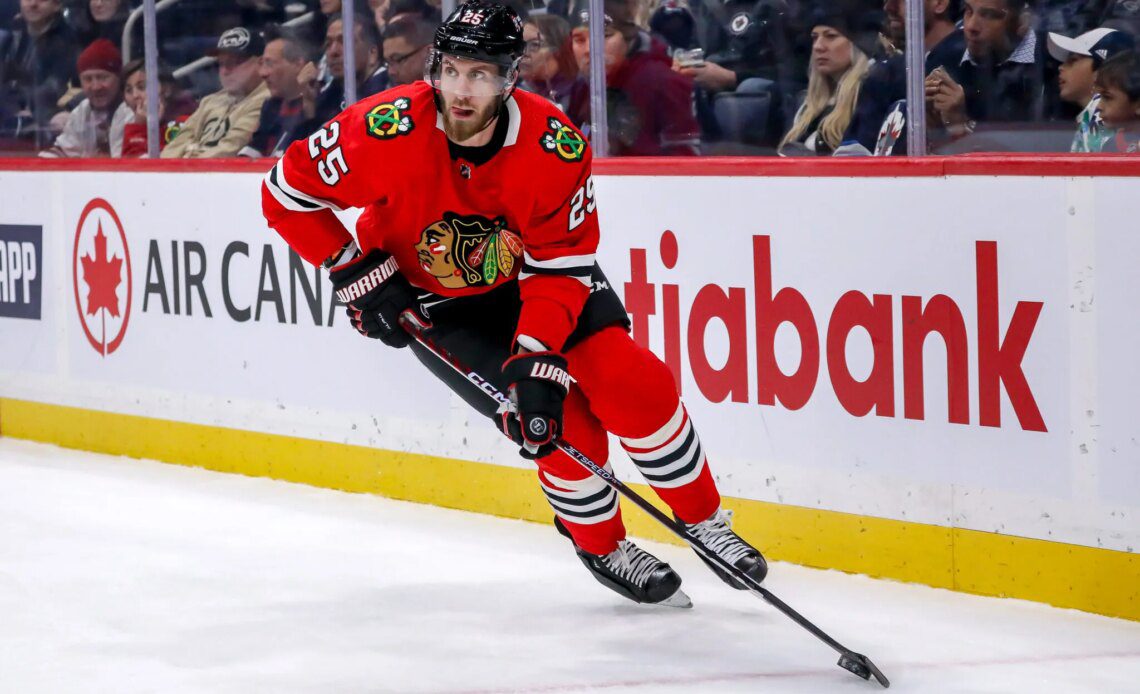 The Chicago Blackhawks are expected to be one of the busiest teams at the trade deadline, as they are in a full-on rebuild and have several pending unrestricted free agents (UFA). Patrick Kane, Jonathan Toews, Max Domi, and Andreas Athanasiou are some of the notable names expected to be on the move, but another under-the-radar player we should keep an eye on is Jarred Tinordi.

Since he was claimed off of waivers from the New York Rangers at the beginning of the season, Tinordi has quietly been solid for Chicago. In 18 games, he already set a new career-high in goals (2) and has four points. Yet, his biggest impact is on the physical side of the game; he is third in the NHL with 75 hits. All of this and his $900,000 cap hit could make him an appealing trade target for contenders looking for a bit more depth and toughness.

Here’s a look at three potential landing spots for Tinordi.

The injury bug is destroying the Toronto Maple Leafs’ defense, and it’s only getting worse. After losing Jake Muzzin long-term and T.J. Brodie, star defenseman Morgan Rielly is now expected to be out for the next four to six weeks due to a knee injury. As a result, the Maple Leafs would be wise to add to their defensive depth as soon as possible.

Although Tinordi is not at the same skill level as Rielly, Muzzin, and Brodie, he is a serviceable NHL defenseman who could be a short-term fix and could compete for a spot on their bottom pairing. Since he can play both sides, he could be a decent replacement for either Mac Hollowell or Jordie Benn, and his defense-first style could allow him to get some minutes on the penalty kill as well.

If Tinordi continues to play as he has been, the Blackhawks could land a fifth-round pick and prospect for him. Perhaps an American Hockey League (AHL) defenseman like Matthew Hellickson would interest the Blackhawks. In nine games this season with the Toronto Marlies, the 24-year-old has an assist.

The New York Islanders are having a solid bounce-back season. After failing to make the playoffs in 2021-22, they have a 12-8-0 record and are third in the Metropolitan Division. However, in a competitive division, it would be wise for them to make additions soon. The left side of their defensive group could use a bit more depth, and Tinordi might be a worthy trade target.