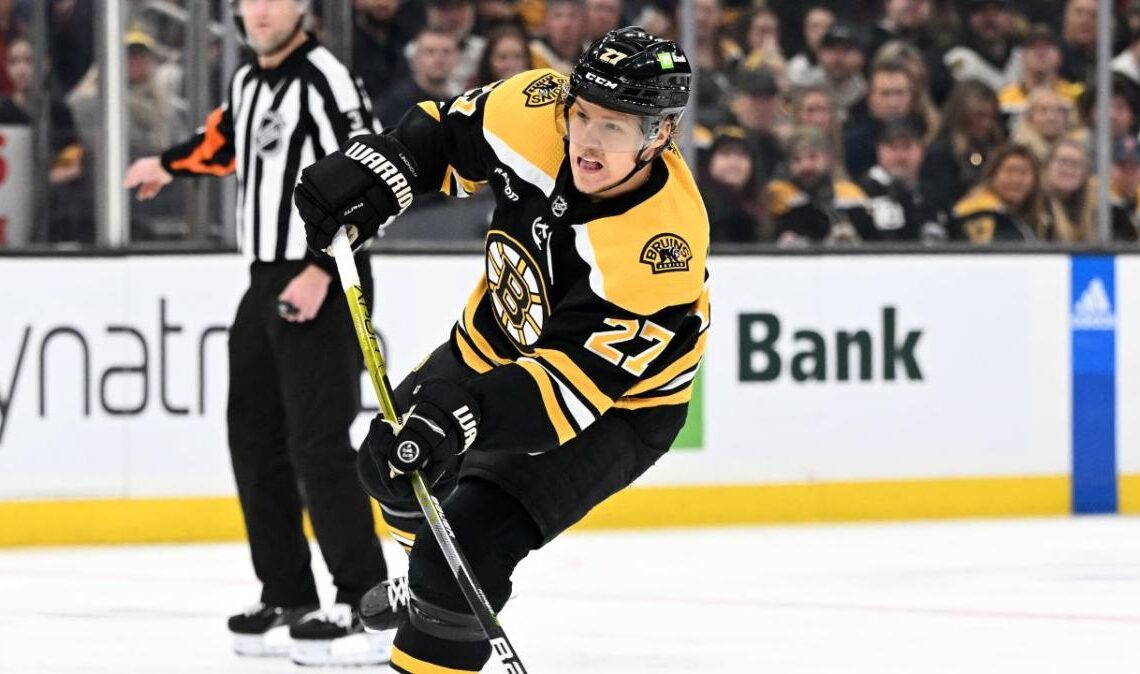 Charlie McAvoy is often considered the only Norris Trophy-caliber defenseman on the Boston Bruins roster, and with good reason, considering he has finished top five in the voting for this award each of the last two seasons.

But don’t be surprised if we see a different Bruins defenseman in the Norris debate through the end of the 2022-23 NHL campaign.

Hampus Lindholm has played fantastic for the Bruins this season, helping the blue line not only hold its own during McAvoy’s absence — he missed the first 13 games recovering from offseason shoulder surgery — but also thrive at both ends of the ice.

Lindholm has been an offensive machine.

His 18 points (four goals, 14 assists) in 19 games are tied for the fourth-most among all blueliners. The Swedish defenseman’s 1.45 points per 60 minutes at 5-on-5 represents a new career high. And although the plus/minus stat has its flaws, Lindholm does lead the league at plus-20, an indication that the Bruins are scoring a lot more than the other team when he’s on the ice (more on that below).

After beating the Tampa Bay Lightning 5-3 on road Monday night, the Bruins are now 25-4 in the regular season with Lindholm in the lineup since they acquired him via trade from the Anaheim Ducks last March.

Lindholm was a fantastic player for the Ducks during the first eight-plus seasons of his career. He’s made a smooth transition to the Bruins, and he enjoys the more up-tempo style of hockey Boston is playing right now.

“I think we were playing a little differently as a team (in Anaheim), I think this fits more my playing style, jumping into the rush and having more flexibility jumping up (into the play) and making reads myself. It’s been a fun start for everyone,” Lindholm told reporters last Saturday.

His most impressive performance came in the Bruins’ stunning comeback win over the Pittsburgh Penguins on the road earlier this month. Lindholm tallied three assists and scored the game-winning goal in overtime with a phenomenal end-to-end rush.

Not only is Lindholm producing offense for himself, the Bruins are tilting the ice in their favor at an impressive rate whenever he’s on the ice during 5-on-5 action.

The Bruins have given Lindholm a heavy workload this season.

Lindholm is playing 24:09 per game, which represents almost a…