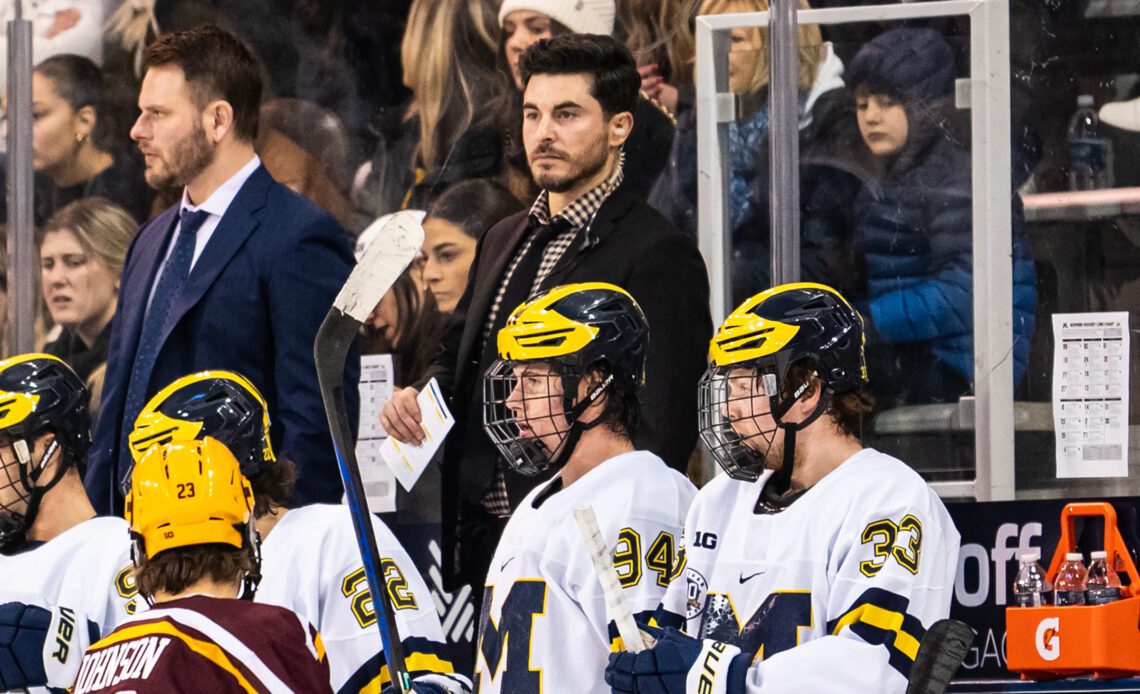 Nobody needs to sell Michigan hockey.

It’s a legendary brand — the Block ‘M’ donning jerseys and merchandise, the history of nine national championships and the banners that fill all sides of Yost Ice Arena’s rafters. As such, just about everyone wants to skate for the Wolverines.

But with that massive talent pool to draw from, things sometimes get tricky. Because as many star scorers and Hobey Baker hopefuls fill the line charts, they also need to furnish the roster with penalty kill specialists and bottom six checkers. But what happens when your roster doesn’t have those guys?

You get Rob Rassey — both his past and his present.

“I was more of an offensive player growing up,” Rassey told The Daily. “And going into the team that I went into at Northeastern, we struggled to score. And we were struggling to win games. So there was a lot of trying to find consistent ways to be impactful in the game and I just kind of naturally gravitated toward the penalty kill.”

After joining Michigan coach Brandon Naurato’s staff back in August, Rassey migrated back to the penalty kill in a new way: as its coach. With his background coaching special teams during a six-year stint at Harvard, he knows how to build an effective unit. Through a passion for analytics that grew from his love of Michael Lewis’s book Moneyball, Rassey knows how to find unique insights into the game.

Equally important, he knows how to build continued penalty kill (PK) success through recruiting. While the Wolverines have managed to deliver an adequate PK this season by playing some of their best skaters on the kill, that isn’t a position they necessarily want to put themselves in when it comes to future seasons.

Although it develops a full range of abilities for talented skaters like freshman forward Adam Fantilli or sophomore forward Mackie Samoskevich, they can’t skate every second of a PK. While coaches want their best players on the ice as much as possible, they can’t always do that; players like freshmen forwards TJ Hughes and Jackson Hallum, for example, have prided themselves on the PK, skating in key situations for the Wolverines.

But none of them are players who make their living killing penalties. Rather, it’s an adaptation. Sitting at a 78.8% successful kill rate that ranks 41st in the country, there are intangible lessons that skaters simply have to learn to adopt. And by circumstance and age, those lessons aren’t fully…