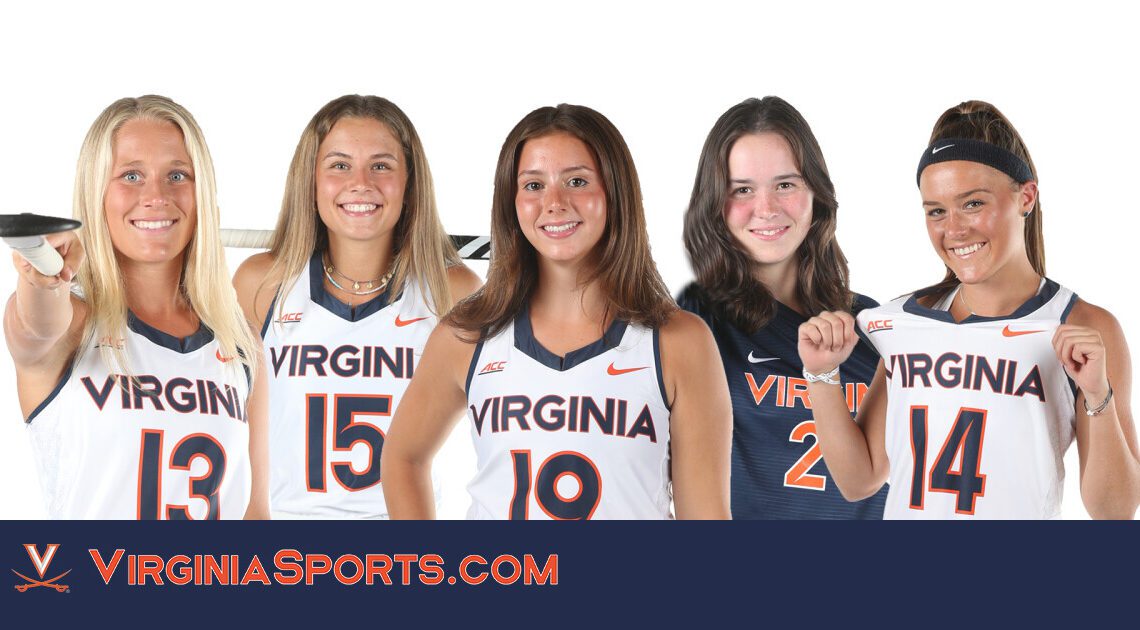 McDonough was an All-ACC first-team honoree this season after being named to the second team last year. She scored two of her three goals this season in the ACC tournament, including scoring the first goal in the game against Wake Forest and assisting on the overtime game-winner. She played in 97 games in her UVA career, making 96 starts with 15 goals and 21 assists. This is her first time being named to an All-Region team.

Iacobucci entered the season earning a spot on the Preseason All-ACC team and finished the year with a sport on the conference’s second team. All three of her goals this season were game-winners, including the overtime goal in the ACC semifinal game against Wake Forest. This is her third All-South Region first-team honor.

Mendez-Trendler tallied 19 points this season on eight goals and three assists. She was named First Team All-ACC as well as earning a weekly honor from the conference and was named the Synapse Sports National Rookie of the Week. She is the first Virginia freshman to earn All-Region honors since Rachel Robinson was named to the second team in her rookie year. She joins Tara Vittese, Elly Buckley, Paige Selenski and Meredith Thorpe on the list of Virginia freshmen to be named First-Team All-Region.

Janssen led the team in scoring with 12 goals and two assists, her second time pacing the squad in her four seasons. She finished her career with 33 goals and five assists. This is her second time being named to the All-Region team, also earning second-team honors her sophomore season.

Trimborn took over the goalkeeping duties midway through the sixth game of the season and stayed in the cage for the remainder of the year. She posted a 1.15 goals-against average, a 10-5 record with five shutouts. She was named to the All-ACC second team and picked up two ACC Defensive Player of the Week awards.