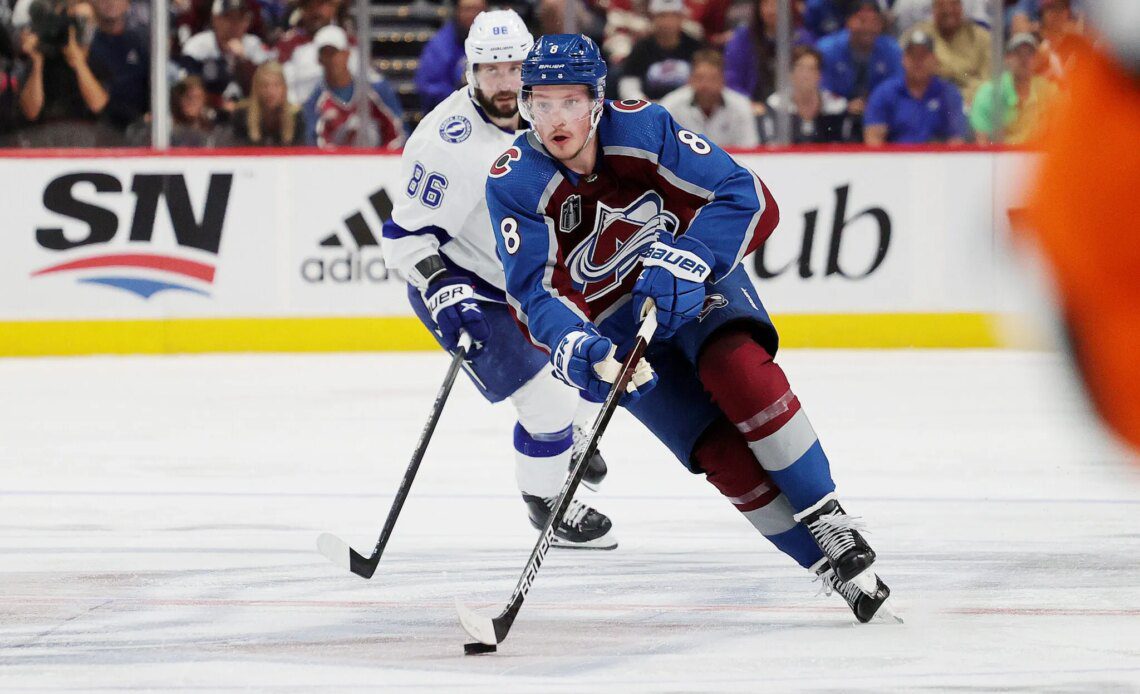 The Colorado Avalanche are defying the odds and much of it comes down to three players. By rights, they shouldn’t be this good. They are decimated by injury and have no second line. If the expected goals margin gap gets any wider it could be the Grand Canyon. Yet, on the backs of Mikko Rantanen, Nathan MacKinnon, and Cale Makar, they keep winning.

Simply put, not all chances are created equal. A scoring opportunity on the stick of these three players is worth considerably more than nearly anyone else. On any given night I would argue it’s worth more than five to eight chances, and it’s why they are having success. So before we get angst-ridden about the Avs’ advanced stats in even-strength play, let’s appreciate the top end of the talent they have assembled and the effect they have had on the team’s overall results.

Of course, we all think of the defenseman who is the fastest at his position to 200 points in NHL history. We should, this is just historic:

That said, the greatest team improvement over the past few weeks has been a penalty kill now functioning around 70 percent instead of 50. Maybe it has to do with shifts like this, where Makar simply dominated a penalty kill. He is such a dynamic player, a lethal force on the ice that cannot be ignored. There is no question that the Carolina Hurricanes could have been better on this shift, but he simply overwhelmed them with energy and determination.

Playing at this level in the face of a catastrophic injury bug has allowed Jared Bednar—or forced him, depending on how you look at it—to play Makar for nearly half the game since their return to North America. One has to ask how long Makar can keep that up, but when the team is missing two of their top four defensemen it may be the best available option.

Over that same stretch, the top line of Rantanen, Arturri Lehkonen, and MacKinnon has played around 22 minutes a night. They played 23 against a St. Louis Blues team they might have beaten if not for Jordan Binnington’s 45 saves and a couple of blown wide-open chances. Or perhaps if MacKinnon had made a mark on the powerplay. Maybe he just needed to stick handle more, like he did against the Washington Capitals on Nov. 18.