Red Wings’ Early Candidates for the 2025 World Cup of Hockey 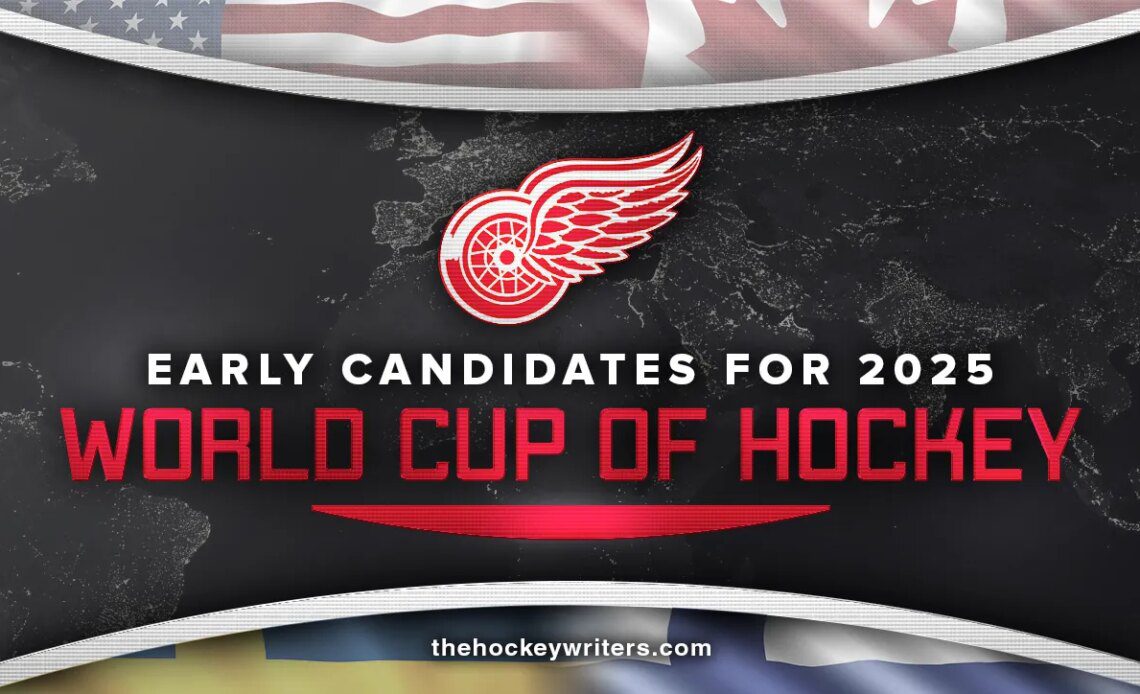 The 2022 FIFA World Cup has officially begun, and soccer fans from all across the world are tuned-in to the events going on in Qatar. This is one of the biggest sporting events in the world, so chances are that you’ve probably heard somebody talking about it by now. But what you may not have heard is that we recently received an update on when the next World Cup of Hockey will be held.

On Nov. 11, the NHL and NHL Players’ Association announced that the World Cup of Hockey has been pushed back to February of 2025. That may be a little over two years from now, but it’s never too early to get an idea of which players may be representatives for their respective countries. The Detroit Red Wings are no exception.

At this point in time, the Red Wings are not a team that is overflowing with players that are the best their homelands have to offer. However, they still have plenty of players that should receive some consideration when the nations assemble their rosters. That includes players on their roster right now as well as prospects that are in their system.

Here are some early Red Wings candidates to participate in the 2025 World Cup of Hockey.

It’s hard to believe, but Dylan Larkin has yet to represent the United States on the Olympic or World Cup stage. Multiple factors have a played a role, including the COVID-19 pandemic as well as the NHL’s reluctance to send its players to the Olympics. When the last World Cup of Hockey was played, a 20-year-old Larkin played for Team North America, a team assembled of North America’s best U-23 players. By the time the next tournament rolls around, the Red Wings’ captain will be 28 years old and ready to be a key contributor for the Americans.

Team USA will be led by the likes of Auston Matthews, Jack Hughes, Adam Fox and Trevor Zegras, paving the way for Larkin to play something of a “big brother” role for the rest of his teammates. Because of this, as well as the fact that he is already the captain of an Original Six franchise, it would not be surprising if Larkin was one of the team captains when the tournament begins.

Another candidate to join Team USA is the Red Wings’ coach, Derek Lalonde. While he is only in his first season behind the bench in Detroit, he has already built up a solid pedigree for himself. The Buffalo, New York native has two…