Panthers’ Knight May Have Unseated Bobrovsky as Starting Goalie 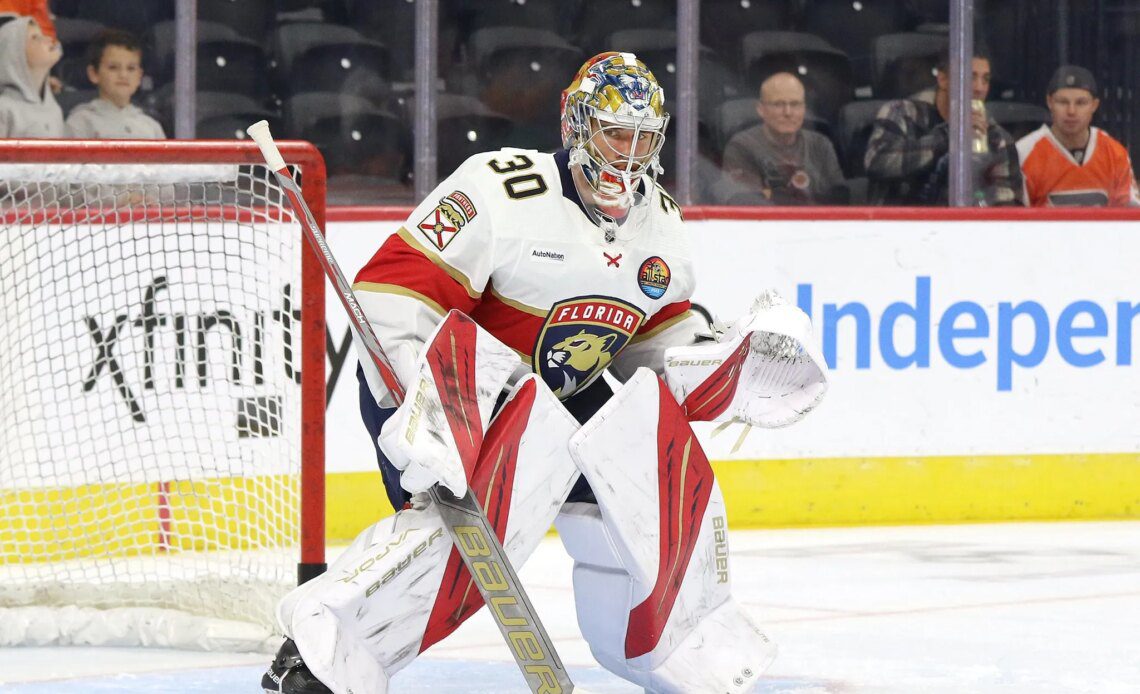 The Florida Panthers are in a sticky situation two months into their 2022-23 season. They sit two points out of the second wild card spot in the Eastern Conference with 20 points and a record of 9-8-2 behind the Pittsburgh Penguins with 21 points and the New York Rangers with 22 points. While the defense has not been doing the team any favors as of late, there may be a goaltending controversy in South Florida. That being that the young and upcoming goaltender in Spencer Knight may have taken the reigns as the new goalie number one for the Panthers.

Bobrovsky Struggles Once Again for Florida

The veteran goaltender in 34-year-old Sergei Bobrovsky has started to slump once again for the Cats. In 11 starts this season, he’s 4-5-1 with an abysmal .888 save percentage (SV%) and a 3.62 goals-against average (GAA). On Thursday night against the Dallas Stars, he was pulled after the first period after allowing four goals within that period and on Sunday night against the Columbus Blue Jackets, he allowed four goals. As previously mentioned, the defense is also not doing their fair share with constant odd-man rushes, poor penalty killing and breakaways given up. But it is still reflected on the goalie’s stat line.

On the other hand, the young one in Knight has a .918 SV% and a 2.43 GAA, along with a 5-3-1 record, through nine games suited up. In addition, he currently has the only shutout this season with a 3-0 victory against the Carolina Hurricanes on Nov. 9. It isn’t a drastic improvement stats-wise. Still, considering he has more wins in less games played than Bobrovsky, he may have earned the starting role he was drafted for.

Bobrovsky Has Not Been the Goaltender He Was Signed to Be

Since signing a massive contract with then-general manager Dale Talon worth $10 million a year for seven years, Bobrovsky has not been the goalie he was signed to be. In his four years as a goaltender for Florida, he’s had a GAA higher than 2.50, with his lowest being 2.67 in 2021-22. During that same period, the highest save percentage he had came that same year with a .913 SV%.

This is shocking coming from a two-time Vezina-winning goaltender, who had as high as a .932 SV% and had as low as a 2.00 GAA during his time with the Columbus Blue Jackets. This includes nine shutouts in the season prior to his deal with the…