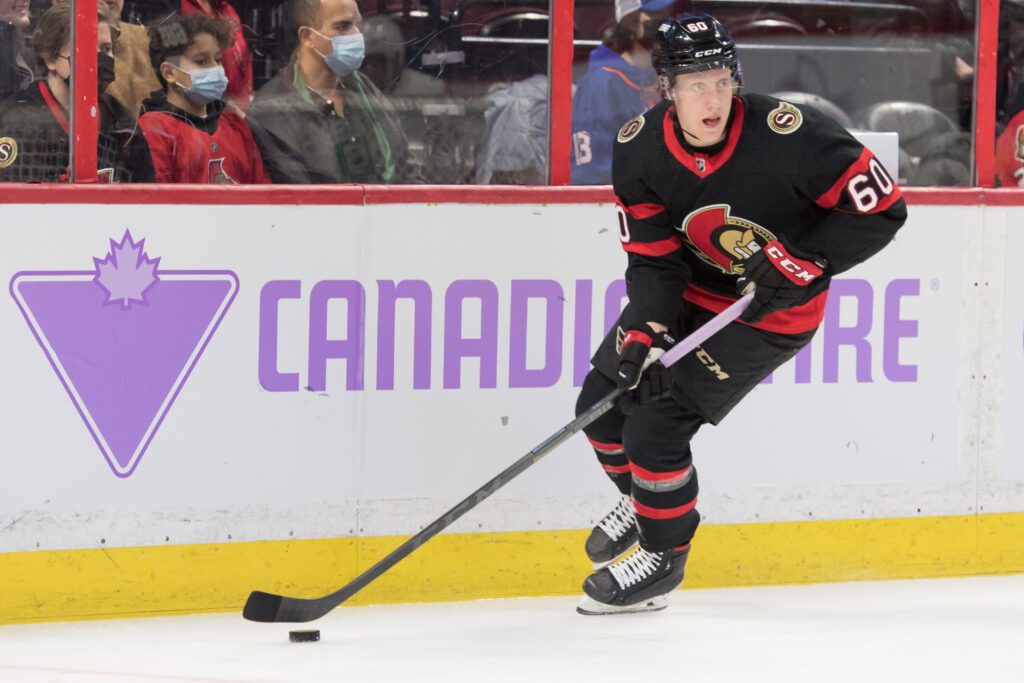 After another brutal loss that saw the Ottawa Senators give up five goals to the San Jose Sharks, the team has made a swap on defense. Jacob Larsson has been returned to the AHL, while prospect Lassi Thomson is on his way to join the club on their road trip.

Thomson, 22, was the 19th overall pick in 2019 and played 16 games for the Senators last season. His time in the AHL has been productive, including ten points in 15 games this season. While he may not be the complete solution for Ottawa, there is more help coming.

Bruce Garrioch of Postmedia tweets that the hope is Thomas Chabot can play tomorrow, while general manager Pierre Dorion has spoken to 10-15 teams about potential defensive additions. There hasn’t been a fit yet, and as losses pile up, it gets harder and harder to justify a big move. The Senators are now 6-11-1 on the year and sit dead last in the Atlantic Division, even behind the Buffalo Sabres who have lost eight in a row.

Larsson, during his short time with the club, didn’t impress. The 25-year-old averaged fewer than 13 minutes of ice time over his three appearances and was not totally trusted by the coaching staff. While Jake Sanderson, Erik Brannstrom, and Artem Zub were all logging more than 22 minutes last night, Larsson played just 14:40 and was the only defenseman to not see a second on the penalty kill.

The team goes into Vegas to take on the Golden Knights tomorrow, before heading back to California for matchups with the Ducks and Kings over the weekend.