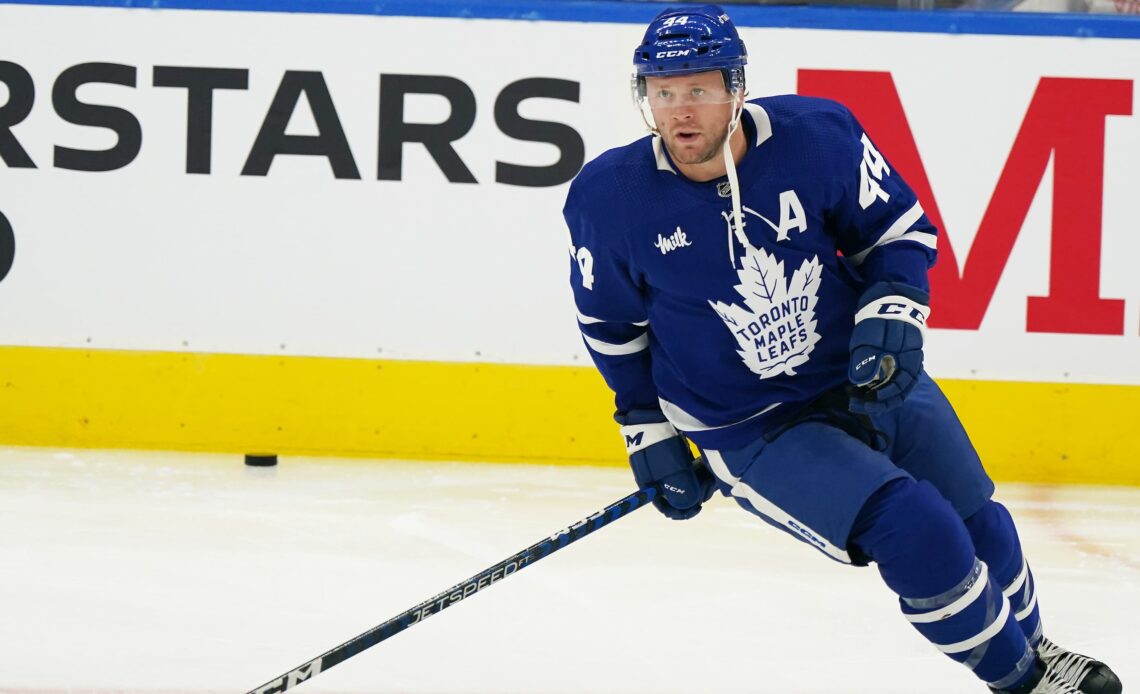 The Toronto Maple Leafs’ defence has taken another huge hit after the team placed Morgan Rielly on long-term injured reserve Tuesday with a knee injury.

The 28-year-old was hurt on an awkward collision with New York forward Kyle Palmieri early in the third period of Toronto’s 3-2 overtime loss to the Islanders at home Monday.

Rielly, who has no goals and 16 assists in 20 games this season and is averaging 23 minutes of ice time, will miss at least 10 games and 24 days of action.

The Toronto Maple Leafs have placed defenceman Morgan Rielly on long-term injured reserve due to a knee injury suffered in Monday’s 3-2 overtime loss to the New York Islanders.

Rielly’s injury is a major blow to a defence corps already missing shutdown option Jake Muzzin long-term with a neck injury and top-4 blue-liner T.J. Brodie with an injured oblique.

“Each time we’ve responded well, won games, played even better defensively than we were when we had all these guys in the lineup. So, just continue to play a good, sound team game, and find ways to win.”

Muzzin, meanwhile, is currently on LTIR and will be re-evaluated in late February.

Toronto will now be forced to lean even more heavily on veteran Mark Giordano and Justin Holl, along with youngsters Timothy Liljegren and Rasmus Sandin, with Rielly sidelined.