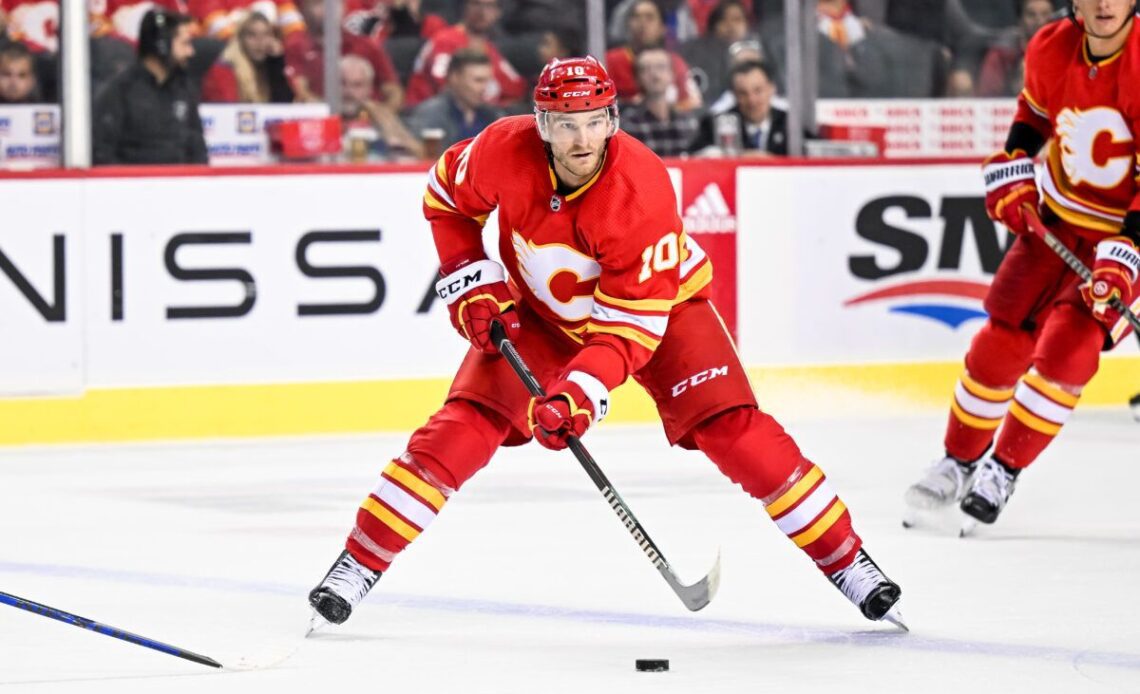 In this edition of Calgary Flames News & Rumors, Jonathan Huberdeau is beginning to pick things up after a slow start to the season. In other news, Jacob Markstrom has gotten off to a shaky start this season and recently acknowledged he needs to be better. Meanwhile, when speaking with the media on Monday afternoon, head coach Darryl Sutter said that Nikita Zadorov has been the team’s best defenseman this season. Last but not least, Adam Ruzicka is making the most of a recent opportunity he has been given on the Flames’ top line.

To say it took some time for Jonathan Huberdeau to get adapted to his new settings would be putting it lightly. The superstar winger, who was acquired in a blockbuster trade from the Florida Panthers this summer, came into the 2022-23 season with high expectations after a career-high 115 points in 2021-22. Despite that, he struggled early on, scoring just two goals and eight points through his first 13 games.

After those 13 contests, he was forced to miss three straight due to a foot injury. Since returning, he has slowly been getting back to the player Flames faithful had expected, recording three points in his past four games. It is still a far cry from the player he was a season ago, but it appears he is finally setting in, meaning he could be in store for a massive breakout in the near future.

Markstrom Vows to Be Better

While Huberdeau hasn’t been great thus far in 2022-23, he is far from the only Flame who has struggled. After a 2021-22 campaign in which he was nominated for the Vezina Trophy, Markstrom owns an extremely disappointing 3.03 goals against average paired with a .889 save percentage in 15 games.

“I’ve got to be better,” Markstrom admitted after a loss to the Tampa Bay Lightning last week. “We get it back to a one goal lead and they score right after that. That can’t happen. Quick shot. I’ve got to find a lane here and do a better job to catch the release.”

To the Swedish netminders’ credit, he has been better since. He led his team to a 5-4 victory over the Panthers days later, before stopping 23 of 25 shots in a 5-2 win over the Philadelphia Flyers on Monday night. Perhaps this is the start of him getting back to last season’s form.

Sutter Has High Praise for Zadorov