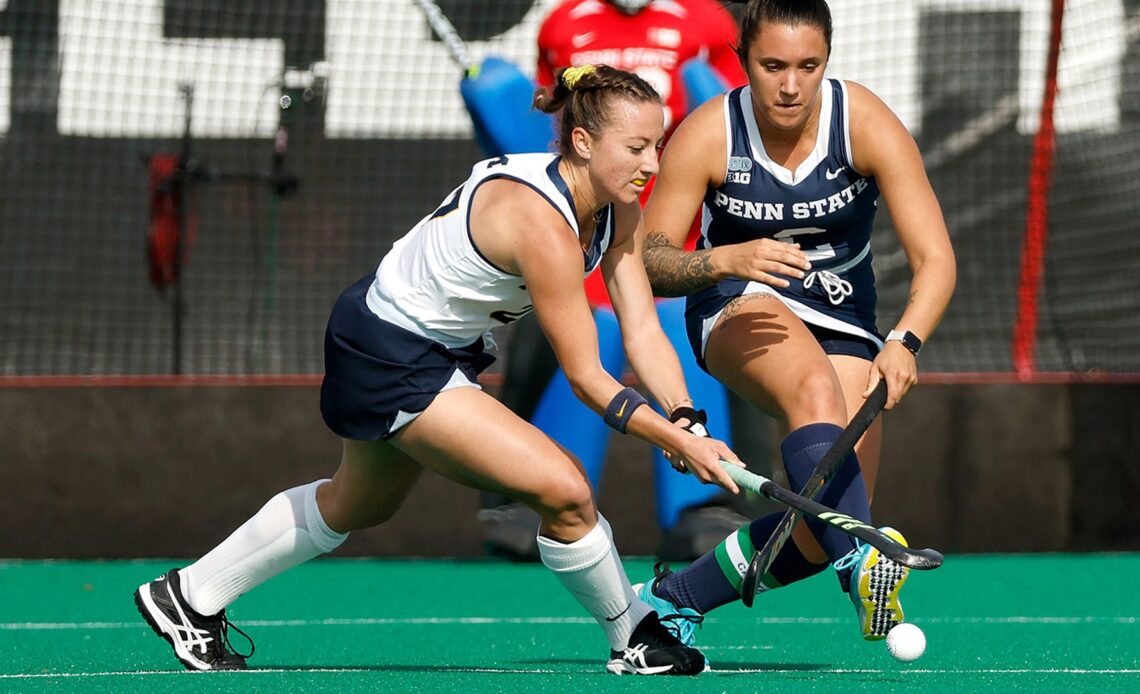 The NFHCA Division I All-Region team announcement is the first in a list of postseason awards to come from the NFHCA over the next several weeks. The Regional Players of the Year will be revealed on Nov. 30, while the NFHCA All-America teams will be announced on Dec. 13.

Anderson, the Wolverines’ field general, has appeared in 95 games to date over her Michigan career and started all 61 games at midfield over the last three seasons. She boasts 10 career goals and 17 assists, primarily as the stick stopper on U-M’s corner attack unit. A two-time NFHCA All-West Region second team honoree, Anderson was named to the All-Big Ten first team this fall and is a two-time selection to the Big Ten All-Tournament Team.

Apoola garnered her first NFHCA All-Region nod after similarly earning her first selection to the All-Big Ten second team this season. She appeared in 70 career games, earning 42 starts in the midfield, and posted five career goals and 15 assists, largely as a stick stopper on the Wolverine attack corner.

Peterson, a two-time NFHCA third team All-American and a four-time All-Big Ten second team selection, posted four goals and three assists this season — with 22 career goals and 25 assists — largely as the inserter on Michigan’s attack corner over her tenure. She was named the 2022 Big Ten Tournament MVP after scoring a pair of penalty-stroke goals in the semifinals. She has been a major contributor to the Wolverines’ midfield over the last five seasons with 94 career appearances and 83 starts.