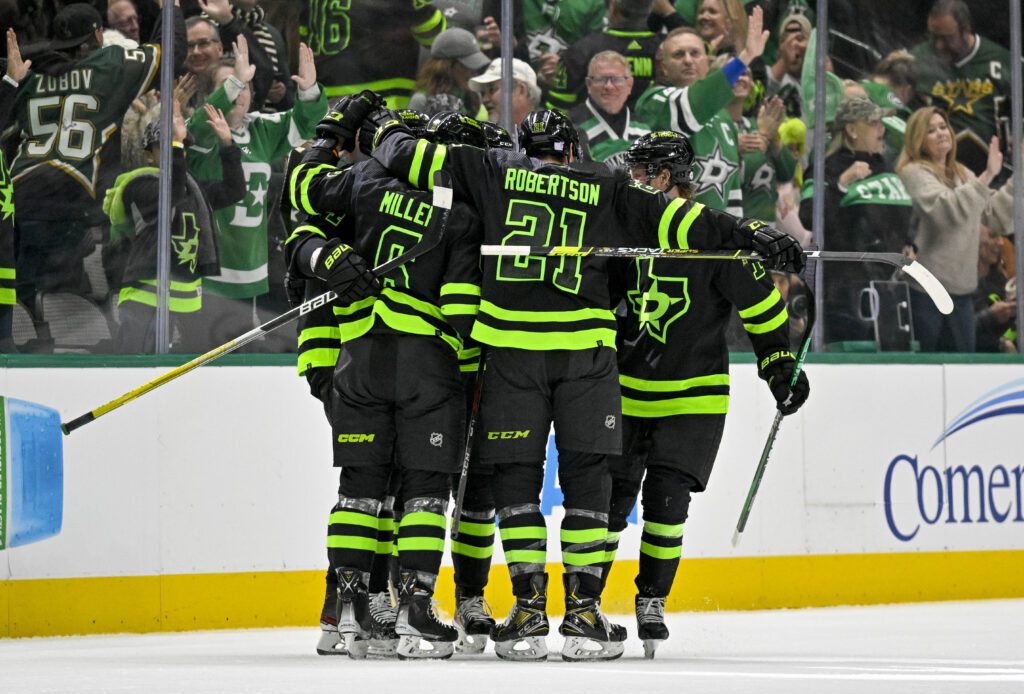 After returning forward Matej Blumel to the AHL earlier today, the Dallas Stars have found the player who will take his place on their roster. The team has announced the recall of forward Fredrik Karlstrom from their AHL affiliate, the Texas Stars.

Karlstrom, 24, made his NHL debut last season after spending his entire career developing in his native Sweden. The six-foot-three forward had 16 goals and 29 points in 65 AHL games last season and had 25 points in 51 games in his final season in the SHL.

This year, the 2016 third-round pick has been in the AHL, and has four goals and one assist in 15 games. With Blumel now in the minors, it’s possible that the left-handed forward takes Blumel’s spot as the left winger Wyatt Johnston line.

Karlstrom brings a more defensive flavor to that line than the offensively-focused Blumel and should be able to offer more value along the boards as well, at the cost of some skill and some flash.

Karlstrom is making $750k against the cap this season and will be an arbitration-eligible restricted free agent at the end of the year.