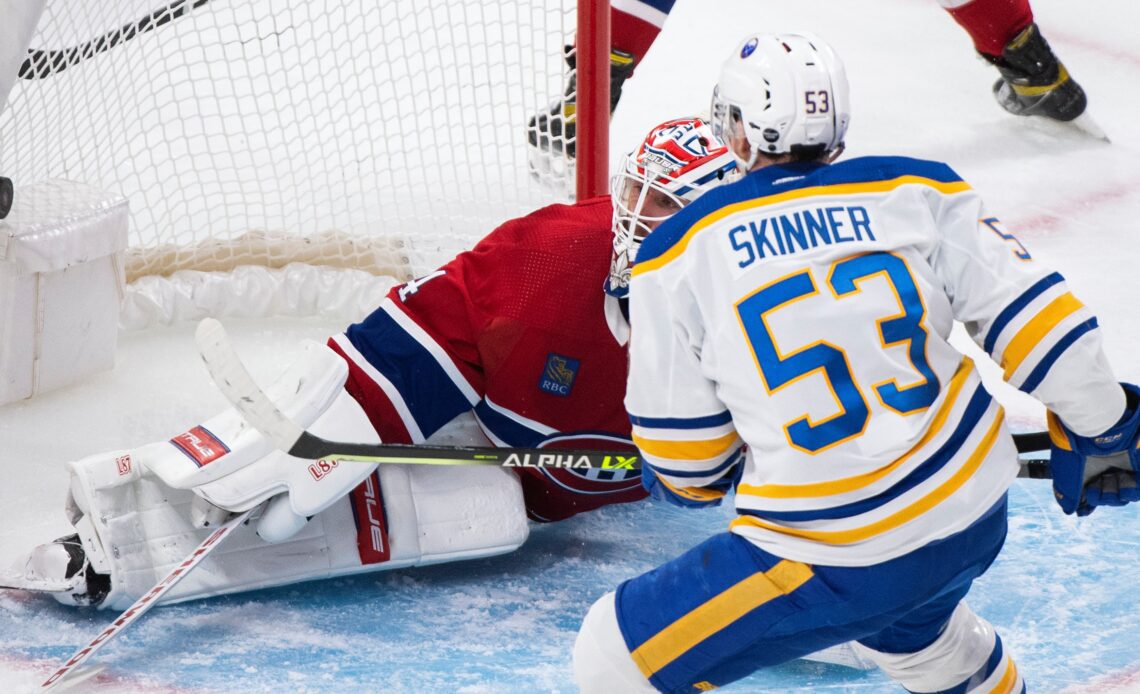 “It’s taking a weight off my shoulders, I can tell you that personally,” said Sabres coach Don Granato. “It’s fun to see the guys play that way, obviously.”

Granato said the skid has been a learning experience for his young team whose last win came on Nov. 2.

“They care and they work and we’re young,” he added. “If I had an older team, I wouldn’t be in these situations and you go through the streaks. They know where they’re at. These guys get better because of this stuff.”

Tage Thompson recorded a goal and three assists on the night while Rasmus Dahlin and Alex Tuch each notched one goal and two assists. JJ Peterka and Henri Jokiharju added the others for Buffalo (8-11-0).

Buffalo ends an eight-game losing streak with a 7-2 victory over Montreal. Jeff Skinner scores twice and finishes with five points while Tage Thompson records a goal and three assists.

Cole Caufield and Sean Monahan scored for Montreal (9-9-1). Jake Allen had a rough day at the office allowing seven goals on 38 shots.

“I think it was a bad game all around,” said Montreal defenceman David Savard. “We’ve got to move past it. And obviously we’ve got some stuff to learn, which is that bad start in the first period and it put us behind.

“It’s a couple of games now and we’ve got to make sure we’re ready tomorrow to go and play our game. We’ve been in every game so far if we play our style and our system, and we didn’t do that tonight.”

The Canadiens struggled on the power play, going 0 for 6 with the man advantage, including a four-on-three opportunity halfway through the second period.

“I think the first two power plays had some good chances, the last four weren’t very strong,” said Canadiens coach Martin St. Louis. “We want to create scoring chances and I think apart from tonight, our power play in the last 10 games was still pretty good. It’s just that tonight wasn’t our night.”

The Sabres, meanwhile, jumped out of the blocks with a 3-0 lead in the first 2:13. It was their second fastest three-goal tally to begin a game in franchise history.

Thompson found Dahlin in the slot to make it 1-0 only 35 seconds after puck drop.